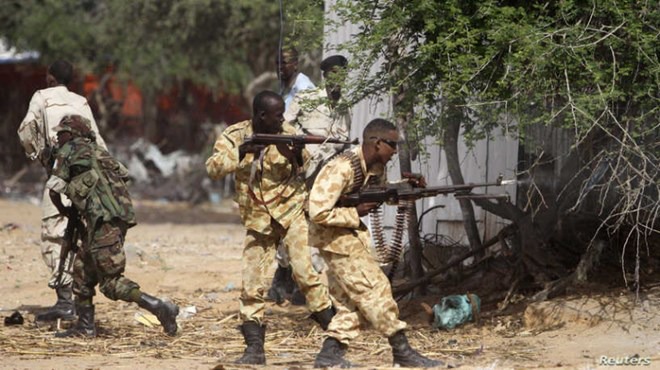 Heavy fighting has broken out in a Somali town near the Kenyan border between federal government forces and those from the state of Jubbaland.

According to media reports, a heavy gunfight that started at 1 am on Monday and is still going on in the Gedo region in a town called Beled Hawo

The fight broke out between the two forces, and sources are saying they are fighting over the Beled Hawon town, to control the town.

According to reports, the federal government of Somalia has blamed Kenya for the same. The foreign ministry said Kenya deployed armed militia to attack its forces. 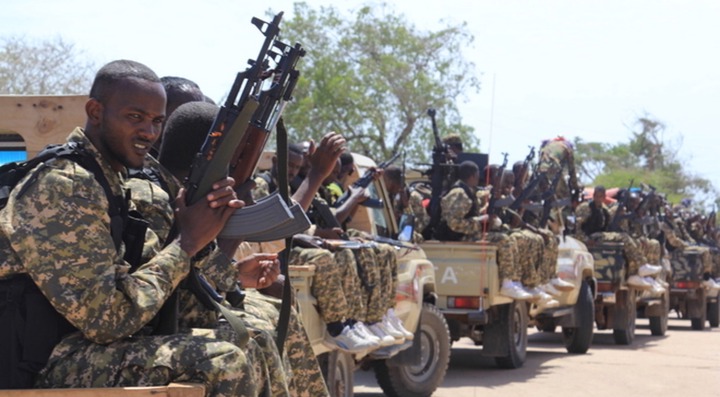 VOA reporter based in Somalia Harun Maruf quoted the government which had accused Kenya of the fighting in the Gedo region.

While Sonali government is blaming Kenya for the fight, Jubbaland vice president, Mohamud Sayid Adan has dismissed the same.

He said Jubaland forces stationed outside the town were attacked by Somali government forces that were recently deployed in the region, a few metres from the Kenyan border. 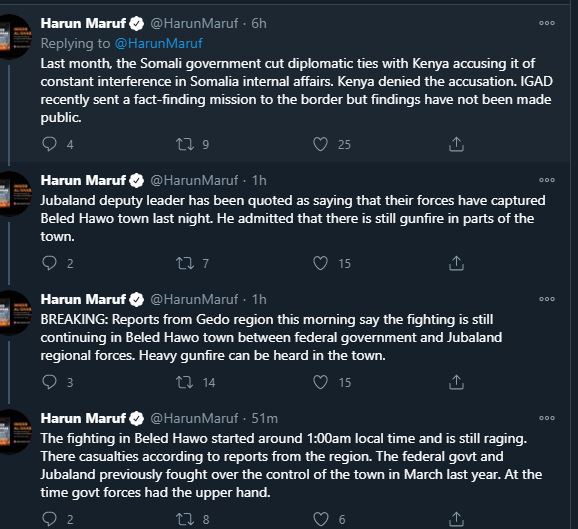 Both sides have claimed victory although residents are saying the fight is still going on.

This is not the first time Somali government is accusing Kenya of deploying militias to attacks its forces. In last year, they raised the same accusations which were refuted by the Kenyan government.

We understand that Kenya enjoys a good relationship with the Jubaland government and not the federal government who recently ended its diplomatic ties with Kenya.