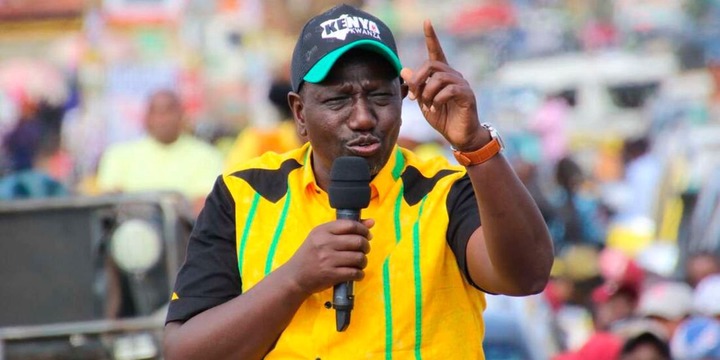 Kenya's deputy president William Ruto of the UDA party and the Kenya Kwanza alliance and Azimio la umoja One Kenya presidential candidate Raila Amollo Odinga are in a fierce contest for the country's top seat in the coming general elections even as campaigns enter the final homestretch.

However, as reports now show, the sailing was not all smooth for the country's second in command as there was a time when he was minutes away from resigning as deputy president after a failed call to Jubilee party secretary general — at the time — Raphael Tuju.

A furious Ruto reportedly ordered his junior staff to immediately call an impromptu press conference as he cleared his office. The DP took the move after what is said to be constant frustration by his juniors in government.

However, president Uhuru Kenyatta did not take the move casually as he is said to have immediately swung into action. It is said that Uhuru immediately instructed Head of civil service Joseph Kinyua to order Raphael Tuju to immediately the resignation of Jubilee party vice chairperson — at the time — David Murathe. It is Murathe's resignation days later that made Ruto stay on. 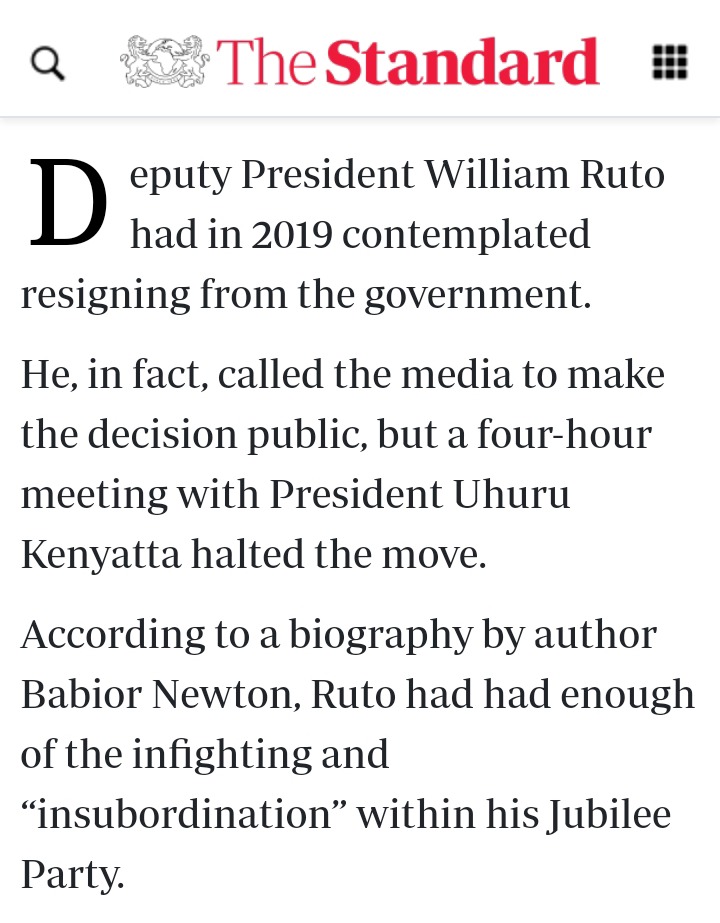 "As the phone stopped ringing, he pulled a speed dial and asked the media to be invited on short notice. Even his closest aides were caught unaware. He had had enough of the abuses and disrespect from the Office of the President and the so-called deep state," part of a report by The Standard reads. The report quotes a new book about Ruto.