ODM Party Leader Hon Raila Odinga has on Tuesday reportedly admited that the rising Azimio-One Kenya wrangles in various parts of the country especially Kisii County are becoming to many and difficult to solve and that he won't spend his time dealing with petty issues that can align themselves.

Speaking to the Taifa Leo Publication today, Raila's 2022 Presidential Campaign spokesman Hon Makau Mutua now alleges that some people are taking advantage of Raila's Influence to sabotage his bid by failing to agree on small and obvious things, adding that Raila fails to understand why one would compare Simba Arati with the likes of Chris Obure and Sam Ongeri. 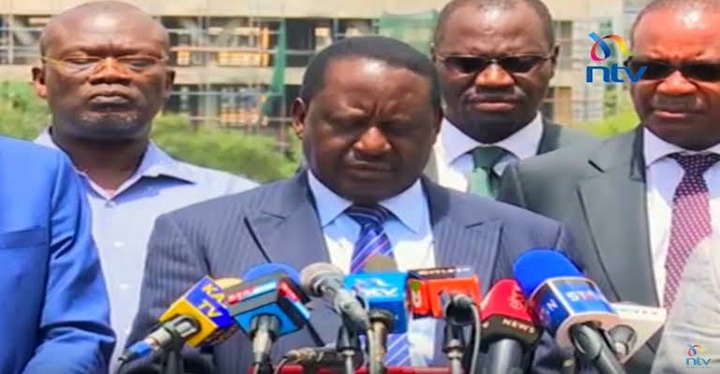 View pictures in App save up to 80% data. Elsewhere in Azimio, Former Nairobi Governor Mike Sonko got a reprieve on Monday after a three-judge bench of the High Court issued interim orders restraining the electoral agency from publishing in the Kenya Gazette candidates for the position of Mombasa governor. 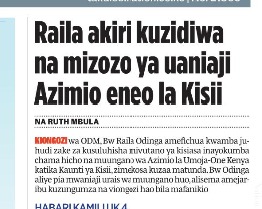