Barely two days after President Uhuru Kenyatta made changes in his cabinet involving CASs and PSs, details have emerged on the probability of the Head of State making another changes, this time, on Cabinet Secretaries.

Reports say a good number of Cabinet Members are set to be kicked out soon with the recent changes being a precursor of the sacking of the big fish.

According to a report by the Standard, a reliable source privy to the changes say there is high tension in Cabinet as allies of Deputy President William Ruto in the cabinet are on the verge of being axed. 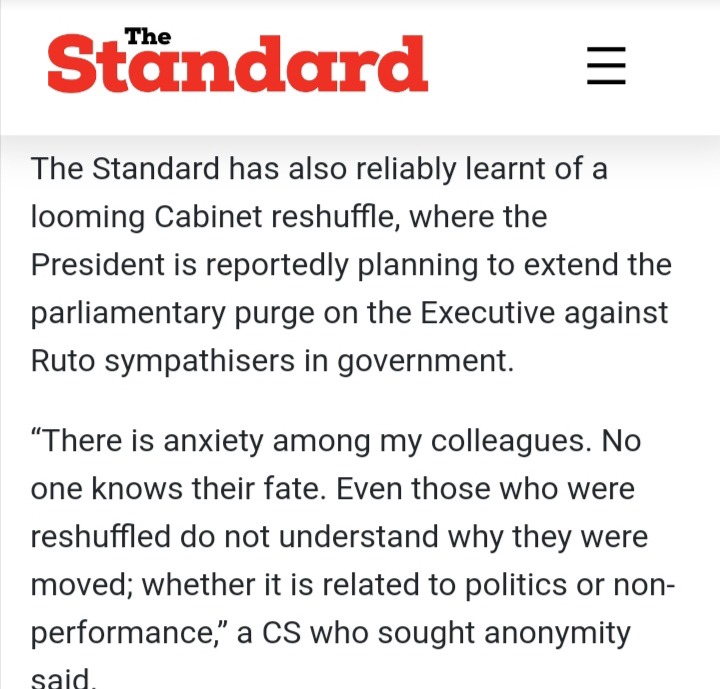 The source further said the cabinet is in panic mode as those transfered from ministries are in limbo on what led to the move.

“There is anxiety among my colleagues. No one knows their fate. Even those who were reshuffled do not understand why they were moved; whether it is related to politics or non-performance,” a CS who sought anonymity said.

Reports of President Uhuru making cabinet changes have been making rounds in recent times given his dwindling relationship with his deputy whom they shared the cabinet slots with. 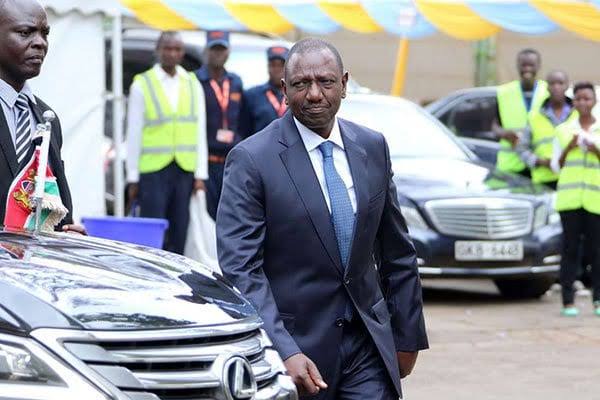 It was said the President might kick out allies of the DP and accommodate those allied to his Handshake partners as he seeks to form a government that speaks one voice.

In the recent changes, few CAS and PSs were dropped as other 8 were appointed to the Cabinet.

Others were transfered and so fa, political motive has not been linked to the reshuffle.

Head of Public Service Joseph Kinyua said in a statement the reshuffle is aimed at bettering service delivery of government ministries.