Kapseret MP says the 'fake' disease being used to prevent meetings by DP's allies and supporters. 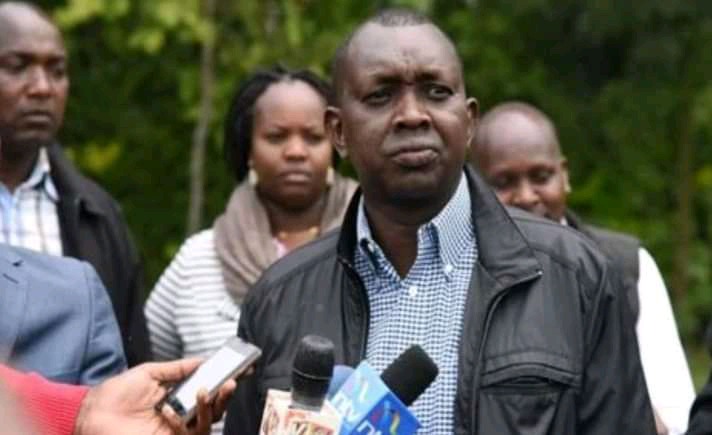 Sudi claimed that the 'fake' disease has been politicised to bar supporters of Deputy President William Ruto from congregating and contain his influence.

“I've been speaking on so many things, including the fake Covid-19 but soon I will also come out to predict what will happen in the near future,” he said on Saturday at his Eldoret home where he hosted about 100 MCAs from Uasin Gishu, Nandi and Trans Nzoia counties 'for lunch'.

Most countries across the world have banned large public gatherings to reduce the risk of Covid-19 spreading.

The disease - which has no cure or vaccine - has killed 843,000 people globally since February, according to the World Health Organisation.

Sudi has emerged as the DP's key strategist in the Rift Valley region, where he has hosted more than 15 strategy meetings for the DP this year.

He also announced that he would step up the forums in the coming weeks even as the cracks in the Jubilee party widened with an eminent possible exit of Ruto and his allies.

"As the boss said, we will try to sort out Jubilee issues but we have several other alternatives. Jubilee is just a paper and we will come up with other papers at the right time,” Sudi said.

"Even if Ruto will contest on a party known as sufuria, then that is where we will belong.”

However, Sudi said they will demand back their investment before quitting.

"Everything must be accounted for," he added.

Sudi said he will soon brief the country on the way forward for the DP’s team.

The MCAs who attended the event said they also discussed the political future of the Kalenjin community.

Led by Gilbert Tenai of Cheptiret, they said their only option for the presidency in 2022 is DP Ruto and they will not allow anyone to undermine him, especially in the Rift Valley.

Sudi announced that he will host similar meetings for leaders from Baringo, West Pokot, Nakuru and other areas.

Two weeks ago, Sudi hosted at his Eldoret home a delegation of more than 1,000 delegates from Nyanza region, the backyard of opposition chief Raila Odinga.