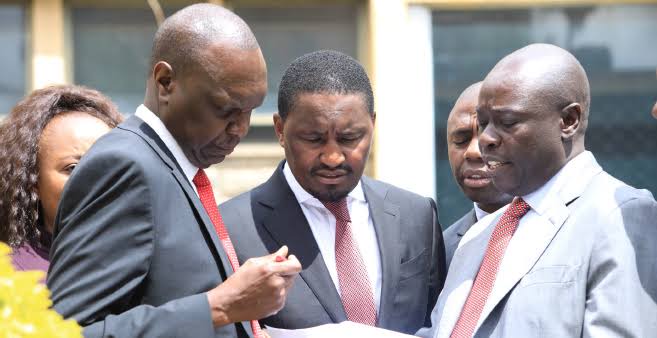 View pictures in App save up to 80% data. With less than three days to go, presidential aspirants with their gubernatorial counterparts are in jitters following IEBC chief Chebukati's announcement yesterday that they must name their running mates within 72 hours.

Though the decision is easy and partly challenging to make, an insider who spoke to People Daily said that the deputy president William Ruto does not want to be the first presidential aspirant to name his running mate.

Allegedly, being the first to name your running mate is a disadvantage. According to insiders, if Ruto names his running mate first, it would give his opponents a chance to review the regional balance in their equation.

Unfortunately for the deputy president William Ruto, Raila is also allegedly awaiting him to name before he can also name his running mate. It's a matter of who goes first.