Gor Mahia opened the competition with clash against Kenya Commercial Bank (KCB) where Kogalo registered a fantastic victory of 2-1. Benson Omalla scored brace for Kogalo. Kogalo finished the league last season in position 8 with 45 points while the Bankers were the first runners up having 62 points.

Vihiga Bullets hosted Bidco united at Bukhuungu stadium in Kakamega whre they ended up divided points as the game ended in a goal less draw.. Bandari FC began the league in style after hammering Mathare United three goal to nil.

Four matches were played on Sunday as eyes were directed to the Nyayo national stadium where AFC Leopards went one on one with the defending champions Tusker FC.

"The Ingwe" emerged victorious after the match ended 1-0 on there side.

Bandari FC are leading the table based on goal difference. 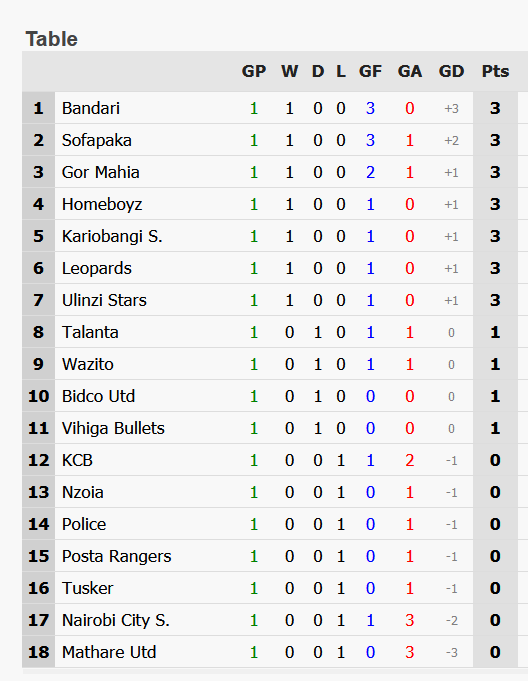