Where Did Raila Go After He Was Denied To Speak by Ole Sapit? Details Finally Reveal What Happened 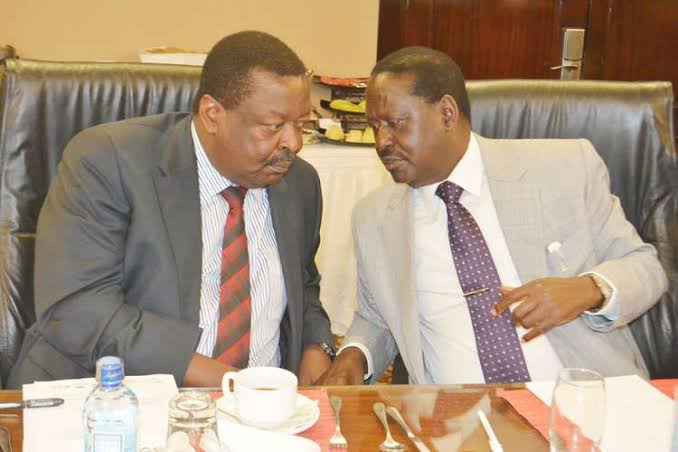 For them, they knew it was going to be business as usual. Afterall they are used to abduct the pulpit and turn it from the holy center its meant to be into an abyss of political lies and dig throwing platform. Most churches usually allow this with the fear that the leaders could reduce the amount of contribution they had planned to give. 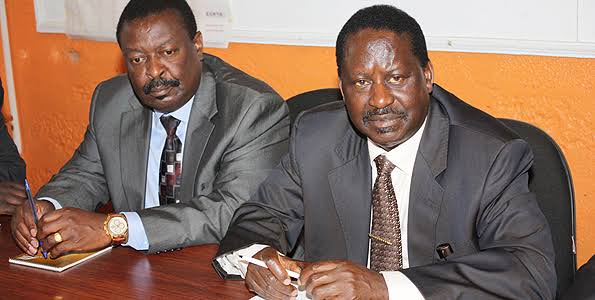 However this time they came across the no-nonsense Maasai Warrior in Bishop Ole Sapit who stood his ground against the selfish political class. He denied them access and announced that the Anglican Church of Kenya will no longer allow politicians from mocking the church institution by playing politics in the pulpit. 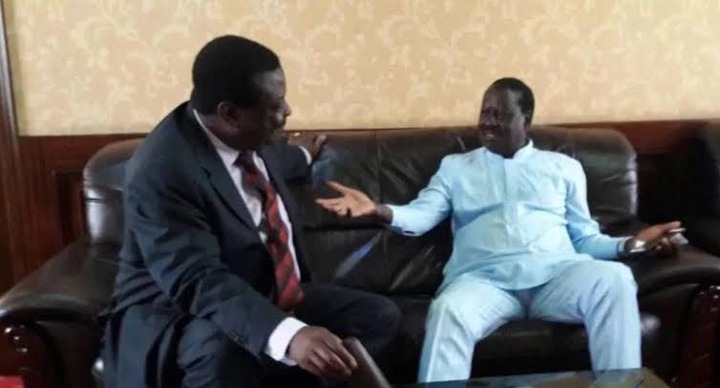 After seemingly resigning to fate, the leaders started to walk away from one by one. ANC leader Musalia Mudavadi and his Ford Kenya partner Moses Wetangula boarded their chopper to Muranga where they attended another church function.

On his part, ODM leader Raila Odinga reportedly flew to Oparanya's home where he had his lunch before he met the Vihiga queens football team. 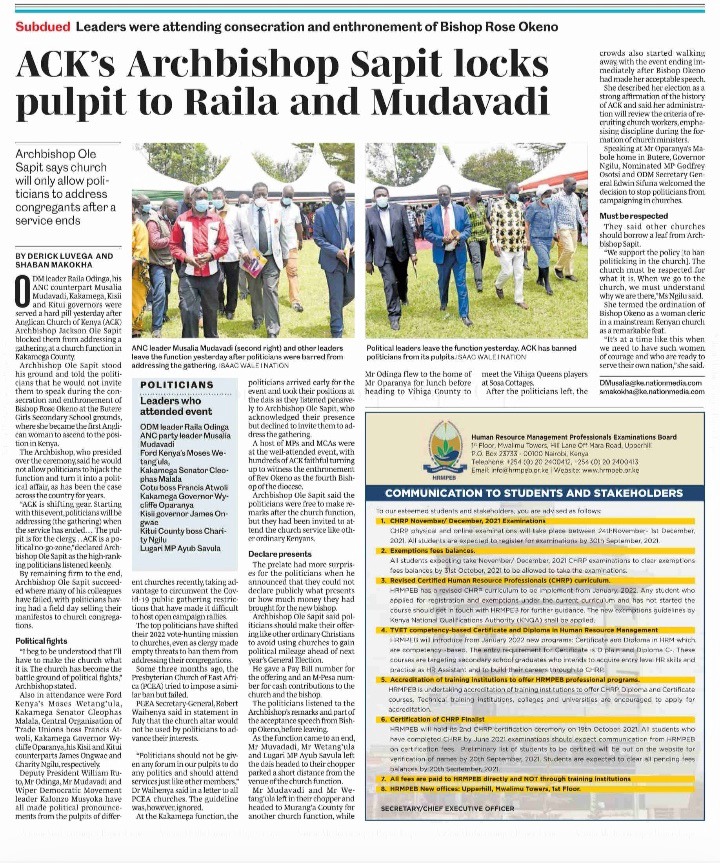