Uhuru, Raila Comes Up With a Plan B To Save The BBI Should The Court of Appeal Reject the Bill 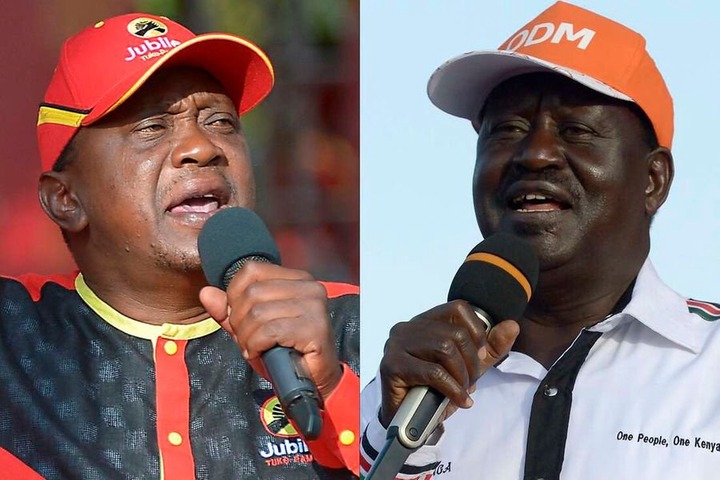 View pictures in App save up to 80% data. Building Bridges Initiative initiators both President Uhuru and Raila Odinga have already come up with a backup plan should the Court of Appeal reject the constitutional amendment bill 2020 as Kenyans informed to prepare for a big promise.

Sources have reported via the Star that President Uhuru and his handshake Partner are eagerly waiting for the appellate court verdict on the BBI and which shall help them shape their political future.

However it has been established that should the court of appeal scuttle the BBI process, President Uhuru Kenyatta and his handshake partner Raila Odinga are planning to promise the country a referendum in 90 days after the 2022 polls.

But their promise will only work if by luck ODM Raila Odinga is elected as President on August 9, 2022. Raila Odinga had recently informed that "If they stop BBI, we shall leave it at that and start preparing for elections. We shall bring it back in the new government. We don't want to waste time going to the Supreme Court."

Central Organization of Trade Unions Boss Francis Atwoli had also commented on the same informing that he might be termed a prophet but the reality is if the Court of Appeal does not rule in favor of the BBI, then the next government will ensure they make a constitutional review their first order of business after 2022.

"Call me a prophet, if you will, but the administration that comes into office after next year's elections will make a constitutional review their first order of business, especially after realizing how polarised the country will be under the current dispensation," Atwoli said.