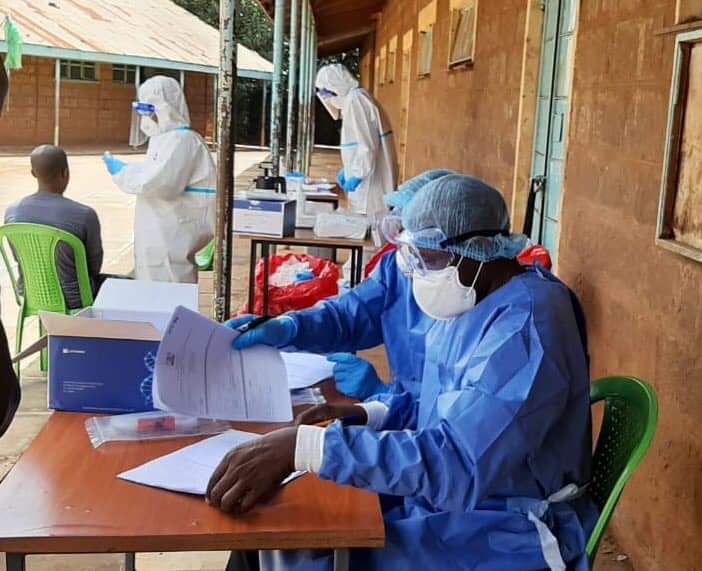 New scientific evidence that shows coronavirus is airborne doesn’t make a difference as far as interventions for prevention are concerned, a health expert has said.

Speaking to the Star on the phone on Monday, Prof Lukoye Atwoli said physical distancing, face masks and frequent hand-washing and sanitising remain the key weapons in the war.

This was after a team of 239 scientists from 32 countries in an open letter to the World Health Organization outlined evidence showing smaller particles in the air can infect people.

They say there is possibility of opportunistic airborne transmission indoors, under crowded, low ventilation, long duration and no masks scenario.

They want the WHO to revise recommendations adding that there is growing evidence that the virus can spread indoors through aerosols that linger in the air.

The WHO has always maintained that the virus spreads primarily from person to person through small droplets from the nose or mouth, which are expelled when an infected person coughs, sneezes or speaks.

But Atwoli said that for the purposes of public consumption, there may be little distinction between airborne and droplets.

“From a scientific perspective when we talk about airborne it means that the particles stay in the air for many hours and that a person coming into an environment where a person who was infected has been, gets it by inhalation,” Atwoli said.

"The main way of getting it is by entering a space where somebody has been and then inhaling it like ebola, but in the case of this Covid-19, like other coronavirus they hung in droplets of varying sizes that come from mucus membranes whether it is the throat or from the nose when you cough or sneeze.”

The medic said since the droplets are relatively big compared to the air itself in which they travel, they will tend not to hang in the air for long but will rather fall down onto surfaces.

This means the risk is if you are in close proximity to a person who has it when they are talking or coughing or sneezing, you could inhale the droplets or they could land on the face and then get into your airwaves and cause infection.

Alternatively, he said, since the droplets don’t take a lot of time in the air, they actually drop to the surfaces, that means when an individual touches those surfaces the hands will become contaminated risking infection if they touch their face.

“The attempt at creating a controversy around it is entirely pointless because for the ordinary citizen you must behave as though when you are in a crowd you can inhale it. And when you touch surfaces that other people have touched you could acquire it through that method as well,” Atwoli said.

“The general public should behave as though it is possible to inhale it when you are in a crowd of people and also acquire it when you touch surfaces that other people have touched and touching your face.”

The WHO has, however, dismissed the argument by scientists saying the evidence is not convincing.

2 gifts that will make a woman love you

KPLC Announces a Long Electricity Blackout on Thursday October 22, Check if You Will be Affected

This is the reason why Google terminated comedian Flaqo's YouTube Channel

Why Schools May Be Closed Before 2nd Of November 2020

If You Find This In The Wall, Don't Touch Or Pick It

Here is the Rich tycoon who married Massawe Japanni.

Roselyn Akombe Strikes Again, Alleges Uhuru and Ruto are Secretly Working Together for This Reason

Did You Notice This As President Uhuru Addressed Kisii High Students?

Why the word Ambulance is written upside down or backwards

Top 50 Crazy, Rib Cracking Memes That Will Drain All Your Energy

Laugh Till You Are Tired, With These 21 Funny Pictures And Jokes.

Earliest Signs your partner may have infected you with HIV

Here's How To Know If You're Having "HIV"

Go For HIV Test If You Have These Symptoms

This is What Your Nails Tell About Your Health.

Why Magoha is Wrong on School Reopening

Keep infections away from your body system by doing these things after sleeping with your partner.