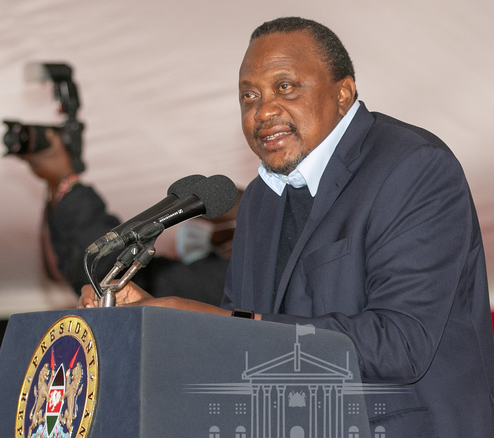 With five days to go before Kenyans cast their votes to elect the next government, President Uhuru Kenyatta has revealed why he settled on the Former Prime Minister Raila Odinga as his preferred successor.

Uhuru endorsed Raila's bid, saying that he is the best to lead the country after he exits once his second term ends, and has been drumming up his support towards the Azimio La Umoja One Kenya Alliance presidential candidate.

According to a report by the Nation on Wednesday, Uhuru while meeting a section of leaders from the Luo Nyanza counties on Tuesday night at Kisumu State Lodge revealed that he wanted a key leader who would have successfully defeated his deputy William Ruto, and a leader who has interests of Kenyans at heart.

Uhuru told the leaders who attended that Raila was the best choice owing to his experience in politics, with Raila's younger sister Ruth Odinga telling the Nation that the president told them that he was the one who convinced Raila to contest as he was ready to retire from politics.

Before settling on Raila, Uhuru said that he was considering at least six leaders including The Speaker of the National Assembly Justin Muturi, Wiper Democratic Movement party leader and the Ukambani kingpin Kalonzo Musyoka as well as the Amani National Congress boss Musalia Mudavadi.

The president also came out to confirm that after he chose Raila, he had different deliberations with other leaders to support Raila, but some like Mudavadi bolted out.

Both Raila and his running mate Martha Karua did not attend the dinner, with reports that they were held up with planning their campaigns in the last days before deadline on Saturday August 6.