"He Would Sneak CSs to Karen After Meeting Uhuru..." Insider Reveals Top Secrets About DP Ruto 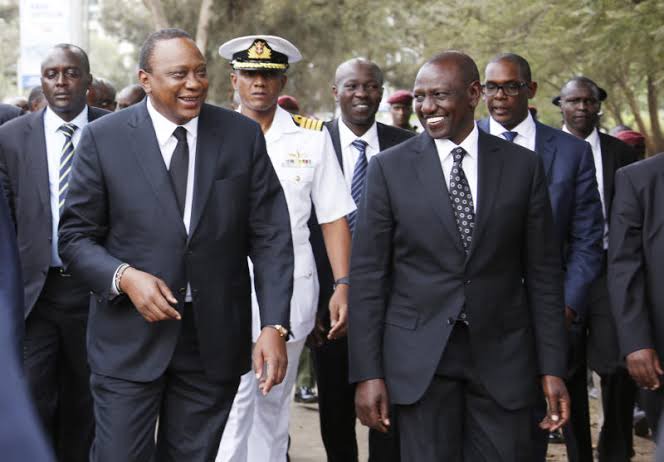 It has emerged that deputy president William Ruto used the trust that the Head of State had on him to make himself powerful by penetrating deep into the government system.

According to details revealed by the People Daily, the deputy president William Ruto was so powerful in the first term of the presidency that he was regarded as the de-facto president then.

He is said to have used the powers to create very powerful networks with an aim of ensuring that he would emerge the best player ahead of the 2022 general elections.

"So influential had the DP become that, according to sources, after the Cabinet meetings at State House he would drive with all the Cabinet Secretaries to his Karen residence “under the disguise of lunch” where more government discussions and decisions would be made."The source told the People Daily. 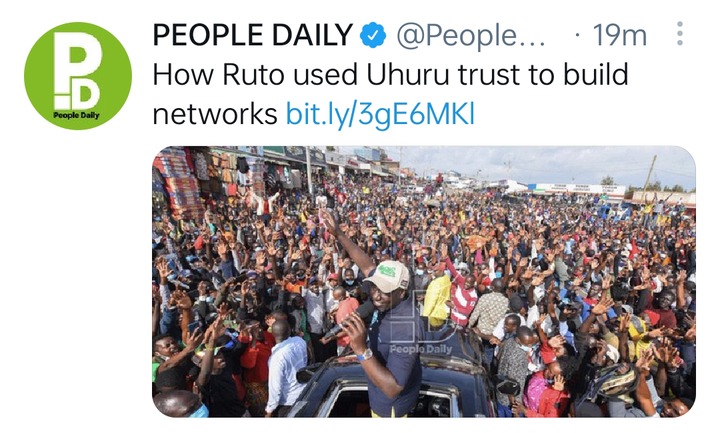 It is during the first term of the presidency that deputy president was given very key state offices to manage and from there he managed to build himself an empire that would see him to 2022.

From the key ministries given to him including that of Finance under Henry Rotich then, the deputy president managed to amass a lot of wealth for himself and used the same to penetrate president Uhuru Kenyatta's Mt Kenya region.

There, he went to harambees under the disguise of helping the churches and people unknown to them, entrusted him with their hope that he was the chosen one.

All this time, president Uhuru Kenyatta was not in the know how of the political game cards that his deputy was playing against him. He would end up being outsmarted by a man he trusted so much to be close to him.

Deputy president William Ruto emerged so wealthy from the network of wealths he created to a point he used to call Former Prime Minister Raila Amollo Odinga as the lord of poverty in broad daylight.