Mathira Member of Parliament Hon Rigathi Gachagua has sensationally claimed that President Uhuru Kenyatta and his close allies wanted Deputy President William Ruto arrested and, prosecuted without any charges but his (Uhuru) plans failed after the second in command got the wind from the National Intelligence Service Officials who came and updated him of every step that was being deployed by the said big boys.

According to the report by the Star Newspaper on Tuesday, the Mathira MP who claimed that Ruto was to be arrested and jailed alongside him, Mithika Linturi of Meru was one of the many plans the Deep state had banked on thinking that Ruto won't be there come 2022 general election. 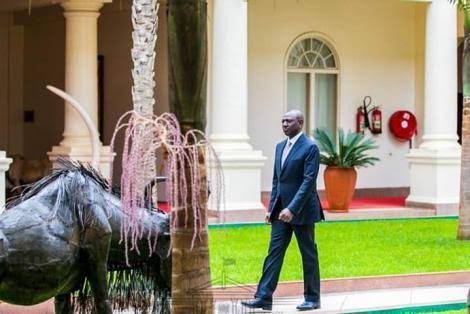 View pictures in App save up to 80% data. "Yes, the plan was first to arrest me, and Hon Mithika Linturi of Meru. Thereafter, George Kinoti had been instructed to arrest Ruto, something the NIS advised them that would throw the country into a political fire," Gachagua Says. 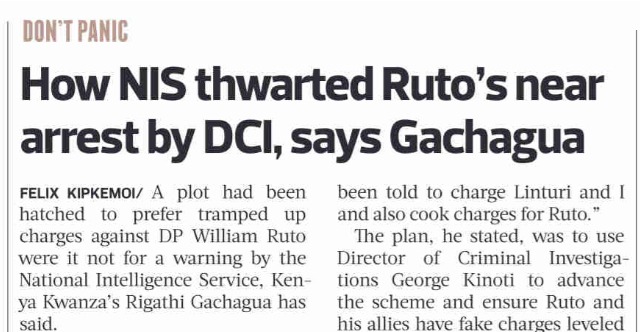