Getting the news by one of the popular radio stations Stepper FM John Pombe Magufuli worn against Tundu Lissu with 12.5Million votes against 1.9Million respectively. 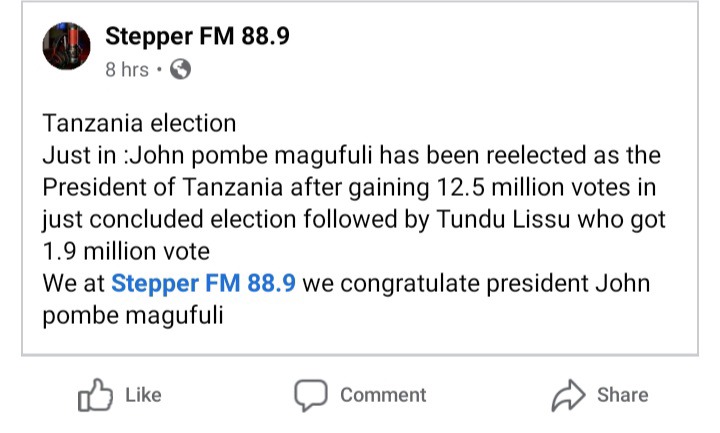 Tundu Lissu who did not accept the results placed a question mark on the credibility of the voting process claiming it was not one hundred percent 100% free and fare. While the Elections were going on the government shut down all communication channels to allow for the smooth exercise process.

He spoke through his Facebook page encouraging his Citizen that they should not worry since they have elected a hard working person to move the country to the next level.

Translated as "We have acted boldly,,, We have won anonymously and we are moving forward " 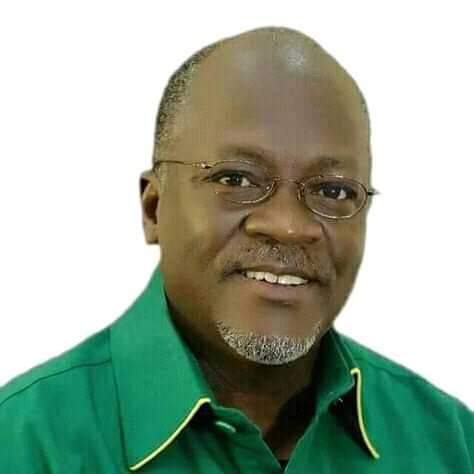