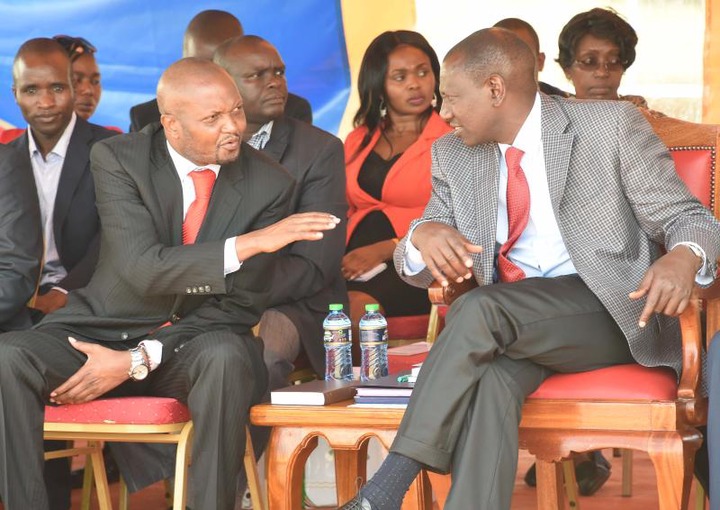 Gatundu South MP Moses Kuria has refuted allegations spread by a number of allies from Deputy President William Ruto's side that he is a spy for the Kieleweke which supports President Uhuru Kenyatta.

Addressing the claims yesterday in KTN, Kuria wondered what was it that he would spy in Ruto's team when they were doing their things publicly, with the media in presence.

He went on to state that probably the DP was the president's 'mole' in the Tanga Tanga, owing to their long term friendship that hit the deadlock in 2018 after the handshake.

Although he did not elaborate further his remarks, the media is yet to unravel the meaning, on whether the duo are still reading form the same page, or the Chama Cha Kazi party leader was looking for way to remove himself from the hook.

"The last time I spoke with the president is three years ago, which is regrettable as I am his MP. One of the moles I suspect is Ruto. I think he is Uhuru's spy, they have come from very far than some of us and there are things you cannot understand. What would I spy on when Ruto holds his rallies and meetings publicly, and even shares to his social media pages?" he said.

Kuria however stated that a politician should interact with others to know their thinking, their next moves as he strategize on his political career. 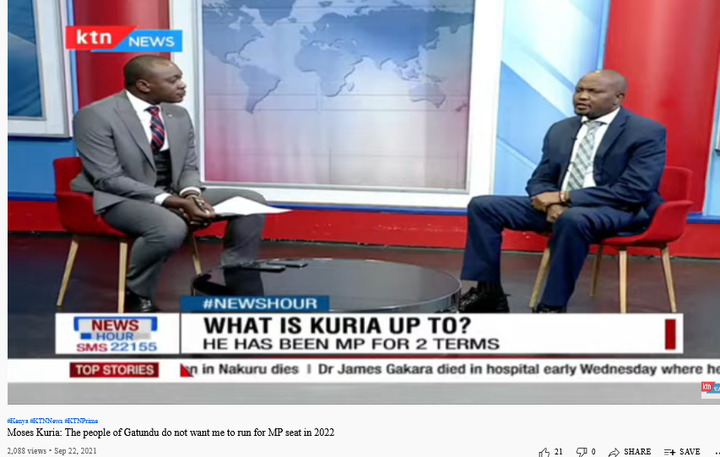