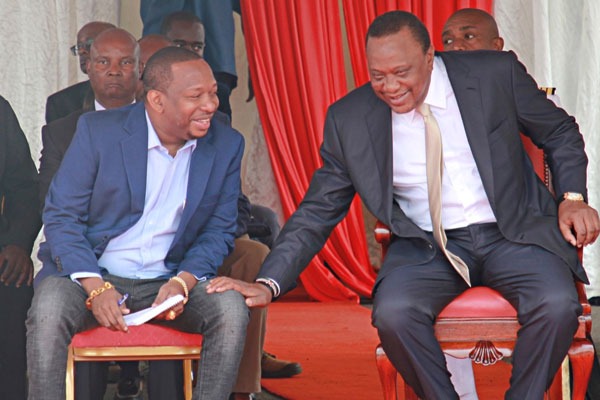 View pictures in App save up to 80% data. Until the chaotic fallout, President Uhuru Kenyatta and former Nairobi Governor Mike Sonko were great buddies. But as the rift widened, Sonko suffered the biggest blow of his life. He lost his Governor's seat.

Consequently, as a result of the dead friendship, the duo Uhuru and Sonko, have been hurling insults to each other during public gatherings. But so said is common with the ex-governor, who has had nothing to lose. I mean, he already lost his seat.

On Sunday at Sagana State Lodge in Nyeri, President Uhuru fired a comic attack on Sonko, arguing that he entirely proved incompetent despite supporting him with all his might, to smoothly run the County affairs. Not long, the speech turned hilarious with Pres Uhuru saying that, during his leadership, Mike Sonko would only be seen in state functions rocking his familiar fancy sun-glasses and boasting about his job.

“I tried to help my friend the other day, ati yeye ni Kijana, I told him if you need help, I will bring someone told help you, wewe Kazi yako ni kuvaa goggles and then telling people, oh, look at the job I’m doing,” he said.

“I told him if he was not able to deliver, I would bring him, someone to help, but he was reluctant because he wanted to continue ‘eating money’, then I told him, if that’s it, then bye” Uhuru added. 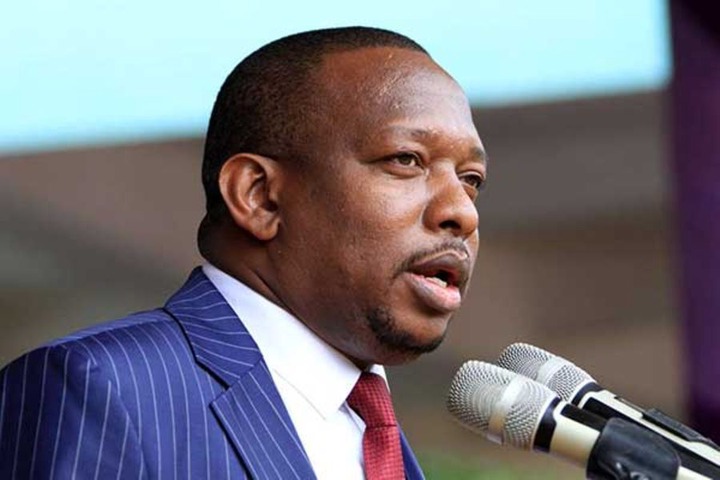 As usual after Uhuru's remarks not short of comedy, it took a few hours for the former City Governor Mike Sonko, to respond in the middle of the Sunday's UDA candidate campaigns, Machakos County Senate seat.

Sonko demanded respect from Uhuru, arguing that he performed well unlike his allegations that he failed to deliver. Before throwing his hilarious take, the former governor played Uhuru's recorded speech at Sagana.

According to Sonko, it is Uhuru who taught him how to wear 'goggles', the funny sun-glasses. For the first time, Sonko revealed that before parting ways, they used to take 'Sigara Kubwa' together and when they did, their eyes would turn red.

To be safe when addressing the public, Pres Uhuru suggested that they should always wear funny sun-glasses, 'goggles'. With that, nobody would realise that they are high on something, said Sonko.

Click the link below to see Sonko's Confession video. 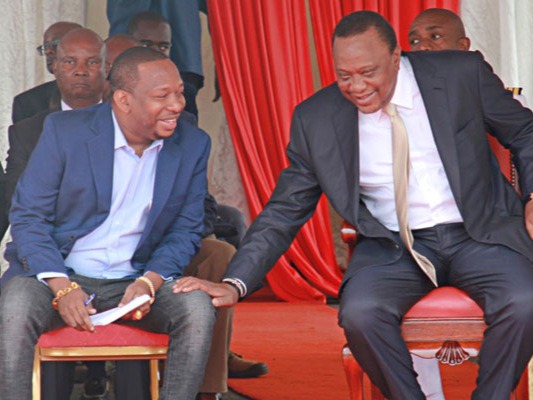 Content created and supplied by GlobalThirdEye.Opera News is a free to use platform and the views and opinions expressed herein are solely those of the author and do not represent, reflect or express the views of Opera News. Any/all written content and images displayed are provided by the blogger/author, appear herein as submitted by the blogger/author and are unedited by Opera News. Opera News does not consent to nor does it condone the posting of any content that violates the rights (including the copyrights) of any third party, nor content that may malign, inter alia, any religion, ethnic group, organization, gender, company, or individual. Opera News furthermore does not condone the use of our platform for the purposes encouraging/endorsing hate speech, violation of human rights and/or utterances of a defamatory nature. If the content contained herein violates any of your rights, including those of copyright, and/or violates any the above mentioned factors, you are requested to immediately notify us using via the following email address [email protected] and/or report the article using the available reporting functionality built into our Platform. Read more>>