Police Reveals Group Of People Who Will Receive Sh.60 Million After Arrest of Kamiti Terror Suspects

The Kenya National Police Service has revealed that they are going to make sire they keep the promise they gave to Kenyans who would help in the arrest of the three suspects who escaped from Kamiti Maximum Prison. 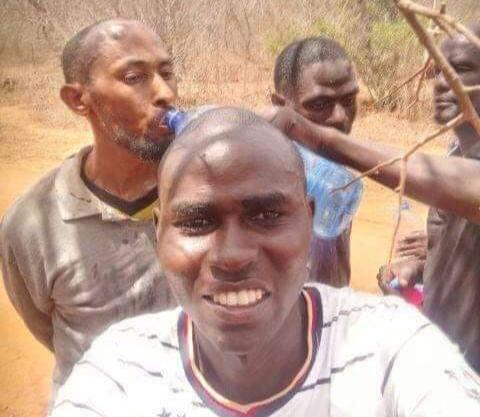 Releasing a press statement on the same, the NPS has revealed that they have or rather know that the suspects were captured due to the help that was provided by a group of Kenyans who notified the police.

However, the NPS has also made it clear that they’re taking their time in order to find out who alerted the police first adding that the money was going to get to its rightful owner but in a private form in order to ensure that the winner of the reward is protected .

A few days ago, 3 Suspects escaped from Kamiti Maximum Prison in an incident that got the Kenya prison boss fired by president Uhuru Kenyatta. According to the reports given by a reliable source of information, it has been reported that the president summoned a number of security officials after which he fired him.

Taking to their different social media account to confirm the incident, the director of the criminal investigations revealed that they were going to award Ksh. 60 million to any Kenyan who helps them capture the wanted suspects who had been charged on terror claims.

The suspects would later be arrested by police officers in Kitui while they were trying to flee from Kenya to Somalia. According to the reports given by the police , they revealed that they received a number of alert from several locals who saw the suspects. 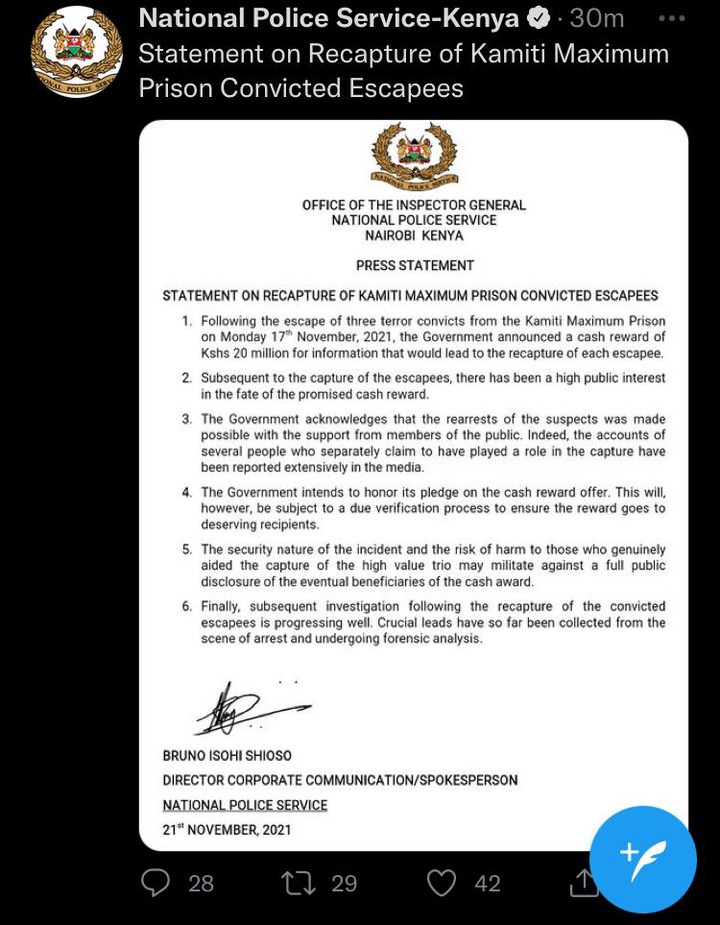