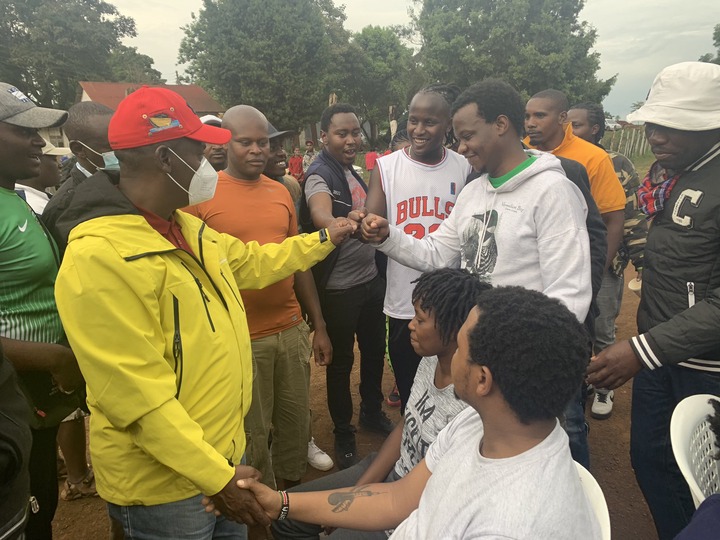 The former governor had the opportunity to share with the youths after watching a football match between Mt.Kenya's Rware FC vs Posta Rangers with the youths, that was played at Ruringu Stadium.

Kabogo has revealed they shared with the youths on different issues without giving many details.

He noted that last stanza of one of the issues they shared was 'pesa tutachukua", which loosely translates to (we will take the money).

However, it remains unknown whose money will be taken. 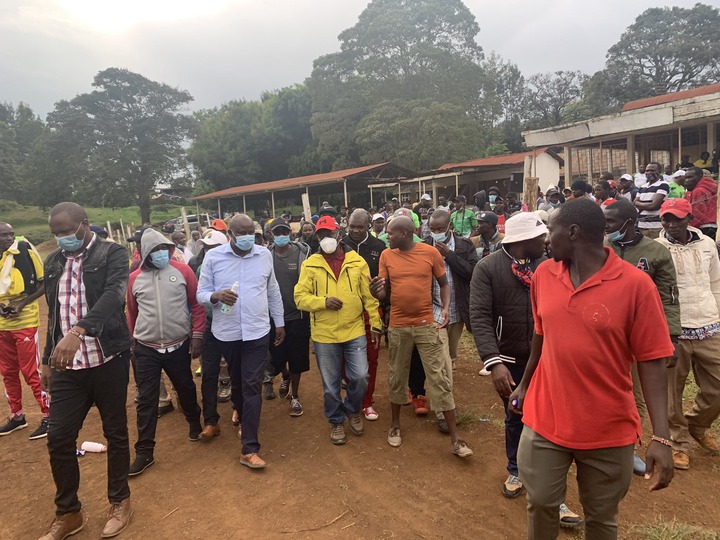 "This afternoon I engaged with the youth of Nyeri county at Ruringu Stadium on a variety of societal issues after a football match between Mt.Kenya's Rware FC vs Posta Rangers. Pesa tutachukua!" Kabogo noted.

We understand that politicians are currently moving across the country to sell different agendas.

The two groups are most likely going to dish out some money to youths thus phrases such as 'pesa tutachukua" popping up.