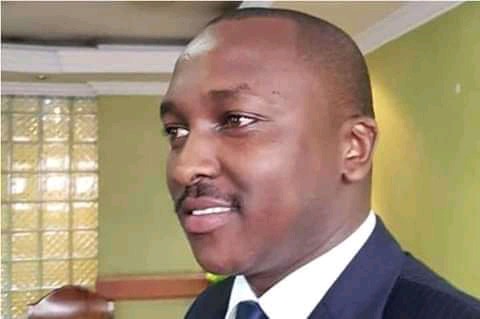 Marking one year since the murder of Sergeant Kipyegon Kenei, the truth has been established as details emerge what the Deputy President knows about the murder.

It has been established that the Directorate of Criminal Investigation boss George Kinoti had confirmed that "It was a cold murder, which was well executed, stage-managed" adding that "unfortunately our experts here are smarter than the cold killers."

The remarks from the DCI gave Kenyans hope that the investigation was certain with Kinoti being at the lead.

Sources have disclosed after the investigations, it was established by government pathologist Dr. Johansen Oduor that the officers died from a single gunshot at the head. 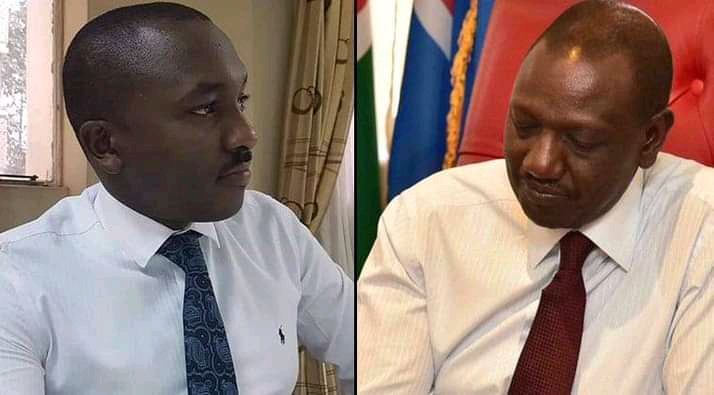 "If Kinoti is to be believed, phone triangulation had put three individuals all men at the crime scene, and that there was a fourth man, an accomplice, and an employee in a leading telco who erased Kenei's phone records as well as his digital footprints."

It has been affirmed that although specific names were not disclosed up today, the blame plays around DP Ruto's Harambee Annex.

But the truth of what DP Ruto knows is that "Kenei had been murdered as a warning to him." Deputy President William Ruto also revealed that he was [aware] of the nefarious agenda of those who had repeatedly claimed that he would not be on the ballot come the year 2022.

Marking a year since the murder transpired, the government has failed to give a clear record of those who killed the cop a conclusion that DP Ruto's statements are believable. 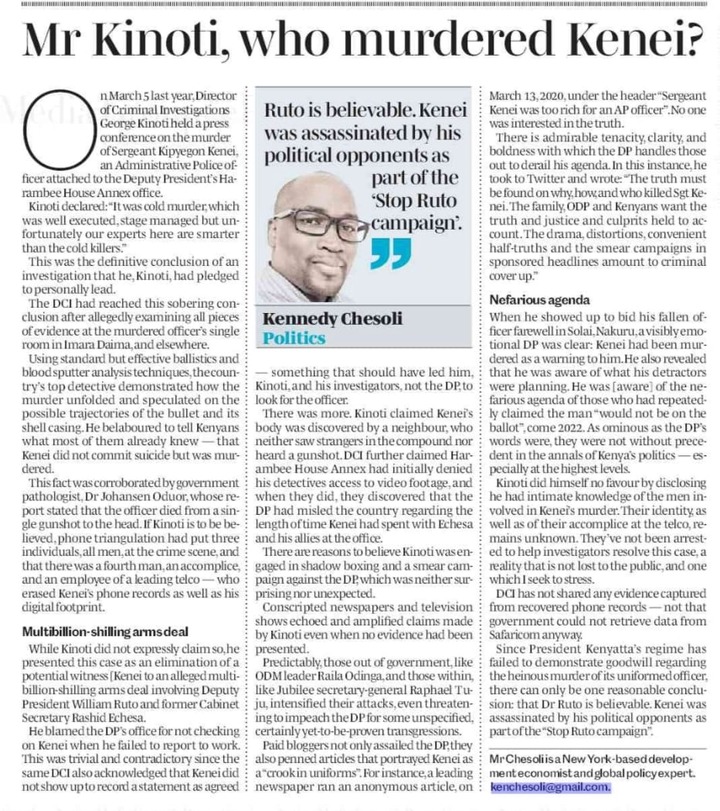