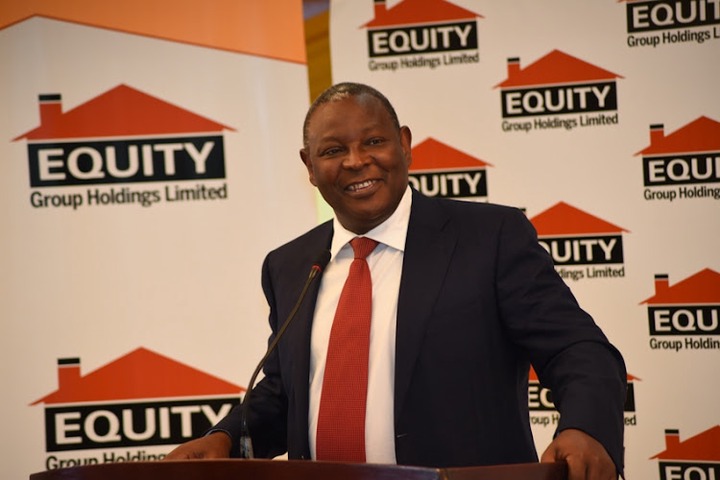 The same list, sources tell the Star, will also be shared with One Kenya Alliance leaders as they prepare to announce their joint candidate for president.

The names were arrived at after a series of secret meetings in the last few weeks. They already have been shared with Raila's team.

Raila has yet to decide on his number two. He reportedly will make that decision after February next year when the campaigns proper will be on.

“We believe any of them will represent our interests and we are willing to put money behind Raila’s campaign should he pick one of the five,” a senior member of the Mount Kenya Foundation said.

Multiple sources close to the foundation said Kenneth is atop the list because of his political experience. He was the MP for Gatanga for 10 years and served as assistant minister for Finance.

Kenneth also hails from Murang'a, considered to be the cradle of Central's politics. He is also said to already enjoy a good working relationship with Raila and is well known in central Kenya.

The Equity CEO's name has been thrown into the ring as well because of his ability to raise campaign financing.

“Naming him as running mate alone will guarantee at least Sh10 billion from Mwangi and his network of friends,” a pro-Raila MP said.

It's understood that Polycarp Igathe is already doing the groundwork for his boss and should Raila name Mwangi, Igathe will succeed him at the Bank.

Kagwe is the newest entrant into the race. Initially, Interior Cabinet Secretary Fred Matiang'i had hoped President Kenyatta would pick him as his preferred successor and in that case, he was going to pick Kagwe as his running mate.

But since Matiang'i was informed that Raila is the preferred successor, the Interior CS has become Kagwe's biggest booster in government.

Kagwe, a former senator and son-in-law to John Michuki (deceased), is also understood to be preparing to run for president.

It is also reported that Kagwe will be on the ballot if Raila does not pick him and is already preparing to contest. Those pushing for him cite his handling of the Covid-19 pandemic, his eloquence and his political experience.

Agriculture CS Peter Munya is also in the list because of Mt Kenya East, which has been restless. The lawyer-cum-politician has been campaigning quietly for the second most powerful seat and believes he has the experience needed.

Born in 1969, Munya served as MP for Tigania East for 10 years before successfully running for governor of Meru in 2013. He then served as the deputy chair of the Council of Governors.

When he lost the governorship to Kiraitu Murungi, President Kenyatta named him Minister for Industrialisation.

When Mwangi Kiunjuri was fired last year, Kenyatta moved Munya to the crucial ministry and he also became chairman of the Mt Kenya Cabinet Secretaries and PSs.

Kagwe is also reported to enjoy backing from Kenyatta’s confidants, some of whom are willing to finance him.

Nakuru Governor Lee Kinyanjui is yet another name in the list. While Kinyanjui is considered an outsider, it’s reported that his name has been added because of his experience.

The governor has served as MP before and has enjoyed a good relationship with the Moi family in his Nakuru area. Those opposed to him argue that winning Mt Kenya will need Raila to pick someone from Central.

SK Macharia has told the group that he is best suited to be the running mate though some people think his age may be a disadvantage. Macharia is 79 and Raila is 76.