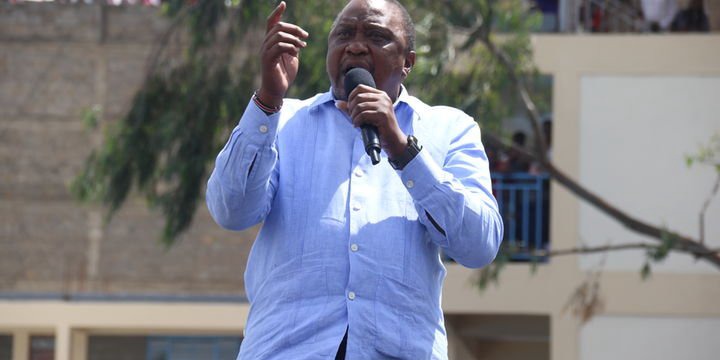 View pictures in App save up to 80% data. President Uhuru Kenyatta has ruled out dropping his support for ODM leader Raila Odinga despite intense pressure from his deputy William Ruto.

The Head of State has since named Raila as his preffered next President, resulting in criticism from Ruto, whom he had earlier promised a backing.

But he on Sunday said that no amount of pushing will make him turn his back on Raila, maintaining that he will stick to the former Premier's side.

Addressing a roadside rally in Nairobi, he held that he has every right to have a political preference and should not be insulted for making his own decisions.

“I know where I want my vote to go to and it is my right. Or have I done anything wrong? If you want votes, then simply ask for it. If I say I am supporting Baba, it does not mean that the other person is bad,” he said as is quoted by the Daily Nation. 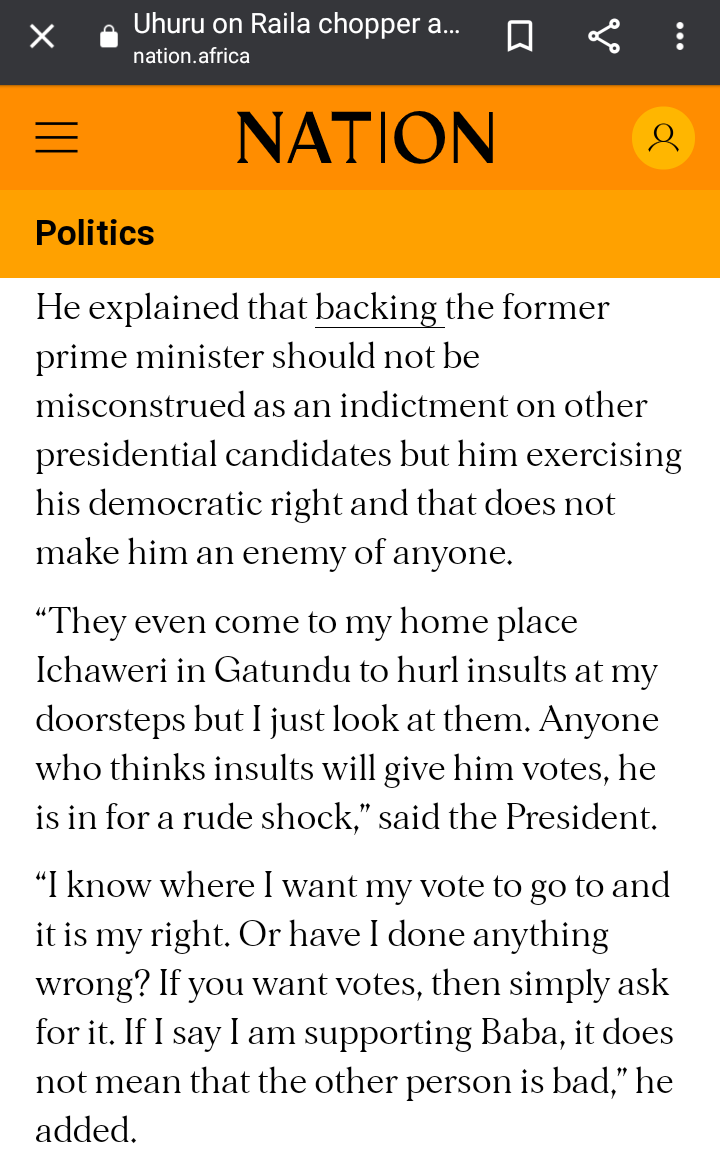 View pictures in App save up to 80% data. He regretted that Ruto and his team are now finding solace in insulting him, finding it unfortunate that they are now even doing it right at his doorstep.

The President, however, said that his critics will have to get other strategies to woo Kenyans to vote for them as insulting him won't help them in any way.

“They even come to my home place Ichaweri in Gatundu to hurl insults at my doorsteps but I just look at them. Anyone who thinks insults will give him votes, he is in for a rude shock,” he added.

Ruto has been bitter with the President for picking Raila, his main opponent in the contest, over him, despite having promised to endorse him before.

He has resorted to accusing Uhuru of trying to impose Raila on Kenyans as a state project.