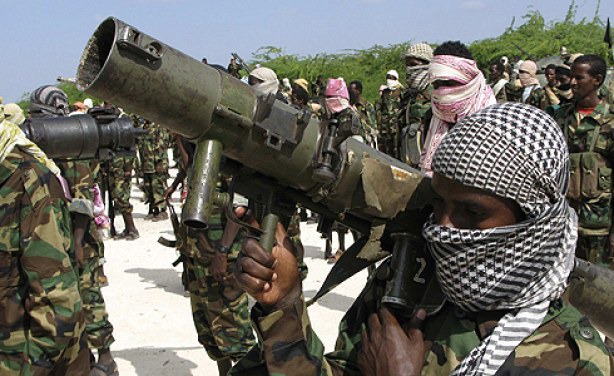 Fear has engulfed Galmudug's capital, Dhusamareb after suspected Al-Shabaab motor shells rained in the town a few hours after the arrival of top leaders including the president and the Prime Minister.

According to media reports which emerged as from 12 am on Tuesday, the terrorists targeted the town a few hours after the arrival of the two leaders

The town is hosting a meeting between federal and regional leaders oncoming elections. President Mohamed Farmaajo and his PM Mohamed Hussein Roble arrived in the town earlier on Monday evening ahead of the meeting. 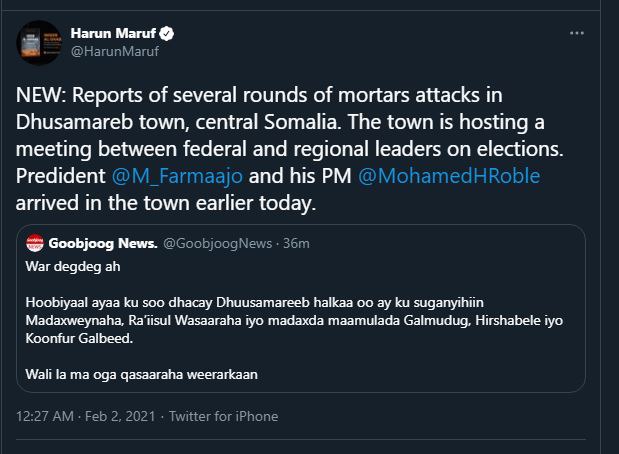 "Fear in #Galmudug capital, Dhusamareb as mortar shells rain down on the city tonight shortly after PM Roble arrived. The town is set to host high-level talks between the country's political elites to discuss pre-poll stalemate," reads an update from Somalia based media, Garowe Online 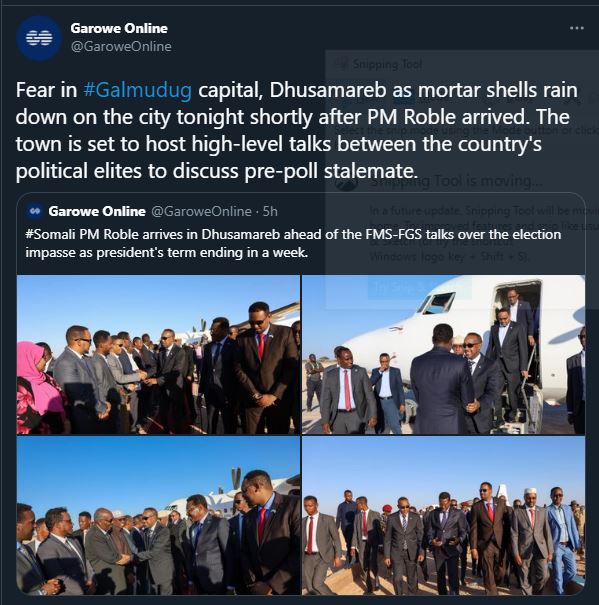 Casualties from the attack are not yet known.

The attack comes a few hours after another deadly attack in Mogadishu which killed a former Defence Minister and other several civilians and police commandos.

Al-Shabaab claimed that the ex-Defence Minister, a retired general, was their main target in the attack. 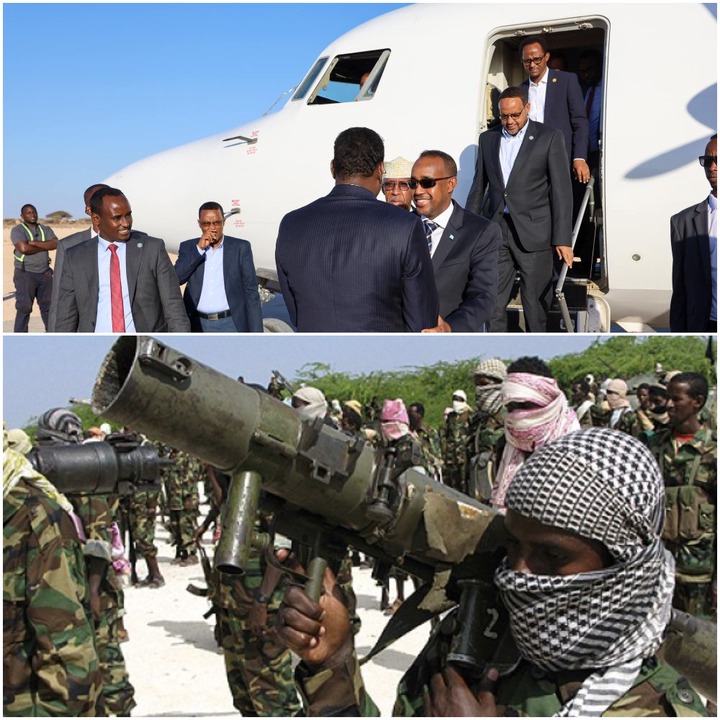