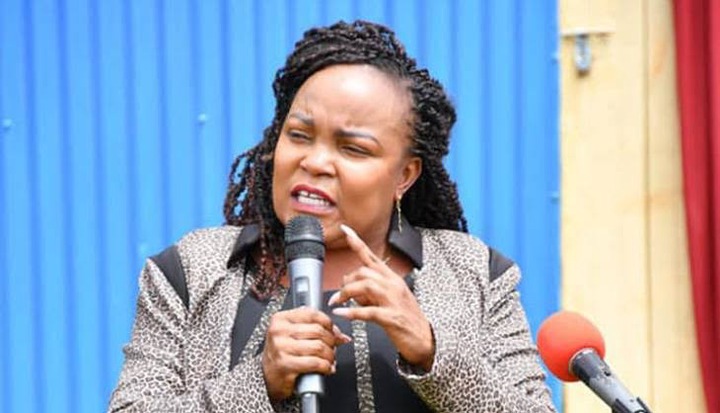 Kirinyaga woman representative, Purity Wangui Ngirici, has been making the headlines in the recent days after her bitter divorce with the UDA party. Ngirici announced that she will not be supporting Ruto for the presidential seat and all signs now show like she is heading to Azimio la Umoja coalition.

Today, president Uhuru Kenyatta and the former prime minister Raila Odinga held a luncheon at State House which brought together politicians from the handshake team. The president thanked the team for passing the political parties amendment bill.

Many would have expected that Ngirici would be one of those attending the luncheon due to her closeness with the government. However, she did not attend the luncheon. 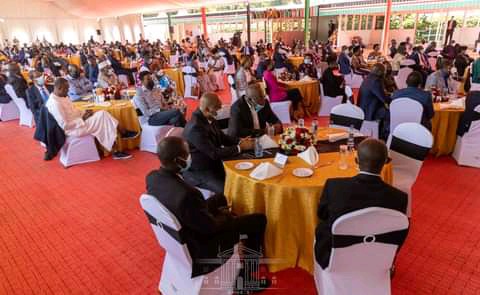 The flamboyant politician has now come out with a message to the Senate. Ngirici has supported president Uhuru Kenyatta arguing that the amendment will foster unity in Mt Kenya region. Ngirici has gone ahead and asked the Senate to pass the amendment.

"The political parties amendment bill is good for the mountain. There is no greater unity than being able to work together formally through coalitions. Senate do your job," wrote Ngirici on Facebook. 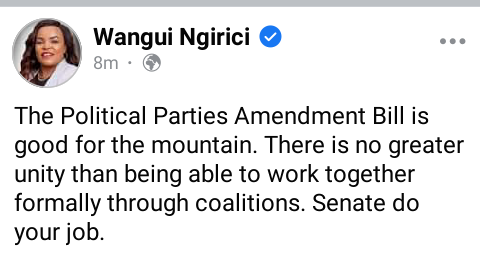 Ngirici will be seeking to unseat Waiguru in the Kirinyaga gubernatorial race. Share your thoughts.