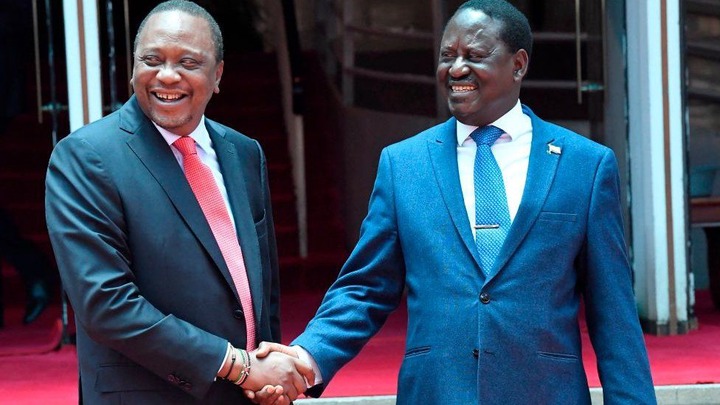 Kenyans are today, 20 August 2021, expecting to know the eagerly awaited judgement by the Court of Appeal. on the Building Bridges Initiative (BBI)

A bench of six judges is expected to deliver the judgment after several weeks of waiting. Judges Patrick Kiage, Hannah Okwengu, Fatuma Sichale, Francis Tuyoit, Roselyne Nambuye and Gatembu Kairu will be led by Court of Appeal President, Justice Daniel Musinga, to give the judgment

According to the Star, legal experts have said only two outcomes are expected from the eagerly anticipated ruling.

The publication quotes legal experts who have listed the two expected outcomes as uphold the High Court judgment that nullified BBI or the bench overturns it and give life to the Constitution amendment process. 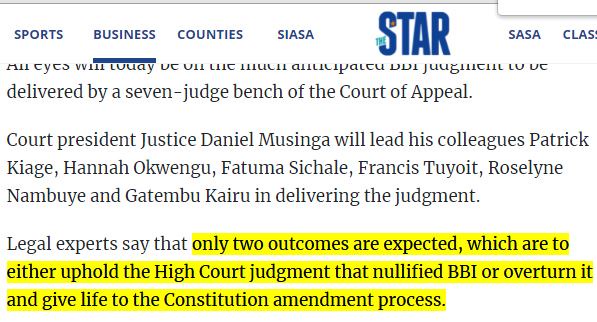 Earlier on, a bench of five high court judges had declared BBI as null, void and illegal. The bench shot down the BBI, which forced its supporters to head to the Court of Appeal.

Lawyer Georgiadis Majimbo told the Star that he expects the seven judges to uphold the High Court ruling. 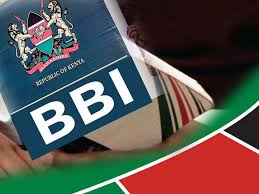 If the Court of Appeal upholds the High Court ruling, Deputy President William Ruto who has been preaching the ''reggae itasimama" will be in a celebration mood, and the reverse is the same.

Raila and Uhuru will also celebrate when the High Court ruling is overturned.