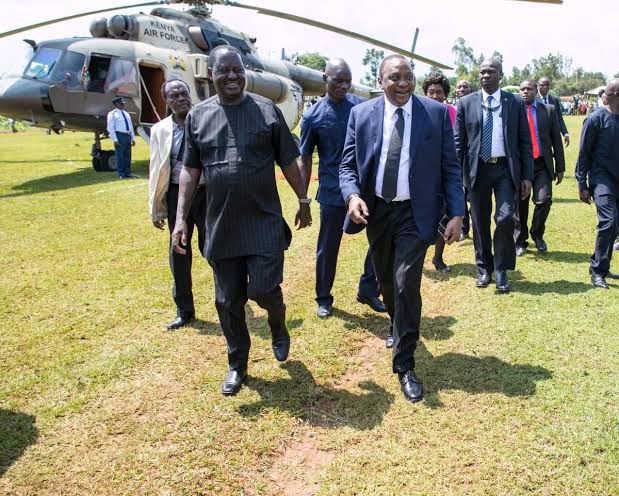 View pictures in App save up to 80% data. A report by the Star has revealed that the Azimio team has agreed that President Uhuru Kenyatta keeps off the campaign trails. Further details have explained that the decision that President Kenyatta should keep off the campaigning publicly for Raila Odinga was made by a high-level state office. The goal of having the president staying away from campaigning for the Azimio presidential candidate would help in avoiding the perception that Raila Odinga is a ‘state project’. 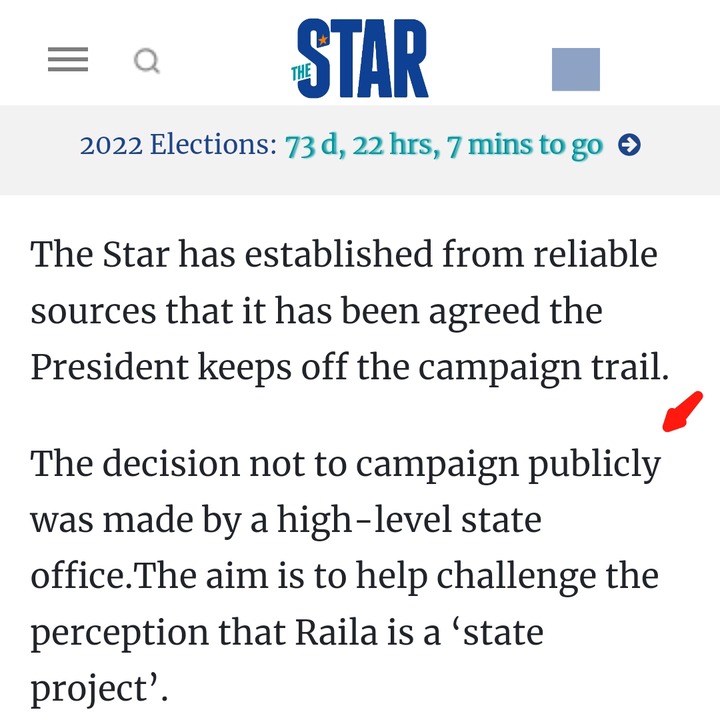 Additionally, it has emerged that it would have been difficult for the Azimio camp to make inroads into Mt Kenya. However, going forward, details say that Martha Karua would be the one to lead the Mt Kenya Region campaigns.

But details say that Uhuru Kenyatta would be making impromptu stops in Mount Kenya when inspecting and launching government projects. Already there are plans for Uhuru Kenyatta to officially launch the projects that are already complete. It is hinted that he will soon be launching the Sh13 billion Thiba Dam and the Kenol-Marua dual carriageway.

“It was making it difficult for Azimio to make inroads in Mt Kenya. The ground was still kind of hostile towards the boss (Uhuru). He is free to continue reminding Kenyans to vote for Raila whenever he is inspecting various projects,” a top officer told a local daily.