Kang'ata to Uhuru: BBI is unpopular in Mt Kenya 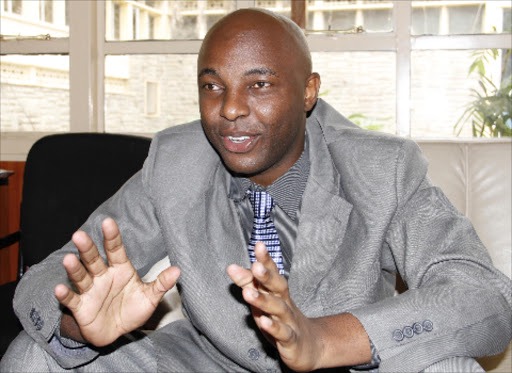 The BBI referendum might fail in Mt Kenya unless President Uhuru Kenyatta and his handshake partner Raila Odinga change their strategy.

Murang’a Senator Irungu Kang’ata has issued an early warning to Kenyatta that he risks being left with egg on his face.

In a bold letter to the President obtained by the Star, the lawmaker says he has come to the conclusion that BBI is unpopular in Mt Kenya.

He cited opposition to the expanded Executive, the involvement of provincial administration and campaigns by former MPs as some of the issues working against the initiative.

The Senator said the role of chiefs and county administrators - and other forms of hard tactics - in BBI mobilisation is a challenge in the region.

“Let us emphasize on the soft power and art of persuasion. In my humble view, the provincial administration in BBI process should be invisible,” he tells Kenyatta.

Kang’ata, who took over from Nakuru Senator Susan Kihika as Senate Majority Chief Whip, said the involvement of national government officers could pass as “use of state’s hard power to force its citizens to endorse BBI.”

The Senate Majority Whip said the BBI risks suffering "spectacular defeat" if the President does not take immediate steps for a charm offensive.

He wants Kenyatta to take charge of marketing BBI in Mt Kenya region, saying the current campaign is uncoordinated.

Kanga’ta wants Kenyatta to take advantage of the recently enacted Tea Bill and the efforts to resuscitate coffee farming to position the BBI.

The lawmaker cautioned that “the political consequences of a No vote in the region cannot be overemphasized.”

“I pray we make urgent remedial efforts to avoid such an outcome,” the Senator says in the six-page letter.

He further argues that Jubilee’s performance in the Nairobi governor race will also greatly impact the BBI.

“A possible loss by our party’s candidate will have not-so-good political consequences that will permeate into BBI and possibly torpedo it,” he said.

He wants the President to personally intervene, as a matter of urgency, and bend backwards as the Jubilee implosion has had an effect on BBI.

“Efforts need to be made to rally regionally all MPs irrespective of their political factions behind this cause.”

Kang’ata has recommended the use of multiple-choice referendum to insure against possible total rejection of the Constitution of Kenya (Amendment), Bill 2020.

However, he rejects the proposal by Deputy President William Ruto and his lieutenants that the referendum be held alongside the 2022 polls.

The former Kiharu MP argues that the parallel vote would delay the reforms – most of which are tied to the next General Election.

Kang’ata notes that Kieleweke MPs who have stood with the President through thick and thin have been sidelined in the process.

For instance, he says Kangema MP Muturi Kigano - the chairman of the National Assembly’s JLAC - has been edged out of the BBI programmes in favour of his opponent.

He said the grievance is “silently brewing among MPs in the National Assembly with a number of them being ‘komerera' (political double agents) who are bidding their time before they bolt out”.

“In the Senate, by virtue of age, personal resources and political experience of most elected Senators, this is not a major issue. I have personally made efforts to intervene on their behalf to relevant authorities to no avail,” he wrote.

President Kenyatta is banking on the BBI process to seal his legacy of unity, a process which depends on a referendum by universal suffrage.

In his New Year's speech, he made a case for the BBI saying it will cure the winner-takes-all politics, cited as the cause of election chaos in the country.

“The proposed first amendment to our Constitution in 2021, I believe, is a bold path that seeks to lay the foundation for a more just, more inclusive, more equitable and more prosperous Kenya.”

“It also seeks to make right our politics by eliminating “Winner Takes All” and replacing it with “We All Win”,” President Kenyatta said.

But the BBI wave appears to be tossed in the wind in the face of the onslaught by DP Ruto’s side to discredit the document.

The lot says it is insensitive for the handshake duo to push for the vote amidst the woes of the Covid-19 pandemic.

They want prioritised revival of the economy and addressing job losses occasioned by coronavirus.

Ruto and his troops want the referendum held alongside the 2022 General Election.

Kandara MP Alice Wahome, a strong ally of the DP, recently accused the President of seeking to use BBI to extend his stay in power.

There have been grumbles over 'unfair distribution of new constituencies in the region.

Kang’ata says that these arguments are apparently gaining root in the President’s backyard.

He adds that there is a general feeling of economic deprivation at household levels in the region, a situation he says the anti-BBI forces have capitalized on.

“They (anti-BBI forces) are selling the narrative using the ‘common man’ language. In comparison, the government’s narrative in the region including BBI is being sold by civil servants with limited political skills.”

“This is having a negative knock-on effect on BBI. It appears household incomes have either stagnated or plummeted. Many have blamed the stagnating of tea, coffee and milk prices on the government and thus argue BBI is less of their concern,” he writes.

Kang’ata adds that the internal problems in the Jubilee Party may have been weaponised and are being used to deflect people’s views on the benefits of BBI.

A case in point, he says, is the narrative on the expanded government, say Parliament, to meet the two-thirds gender requirement.

“The drafters should have been more imaginative in trying to weigh the goals of a trimmed government and accommodating women.

“On a personal level, I understand what led to this proposal. It was the need to accommodate women's lobby concerns, which had judicial endorsement.”

Kang’ata wants created a parallel BBI supporting structure to be headed by a quasi-politician to manage MPs.

“Maybe a well-resourced office of the secretary general can suffice. This office should be doing the selling of government agenda in the region including BBI.”