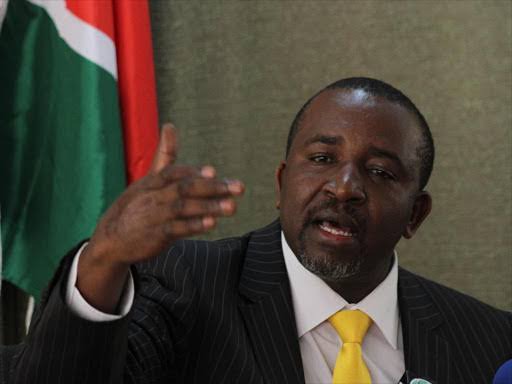 Meru senator Mithika Linturi is no doubt a man who loves controversy or at least let's say controversy always finds him. From Faking ownership of a company to abusing his girlfriend to Corruption charges and now trying to 'chew' another man's wife.

According to court papers filed by the DCI, the TangaTanga politician had booked a room in Nanyuki back in January. He reportedly walked into another couple's room which was opposite to his and started suggestively touching the wife. 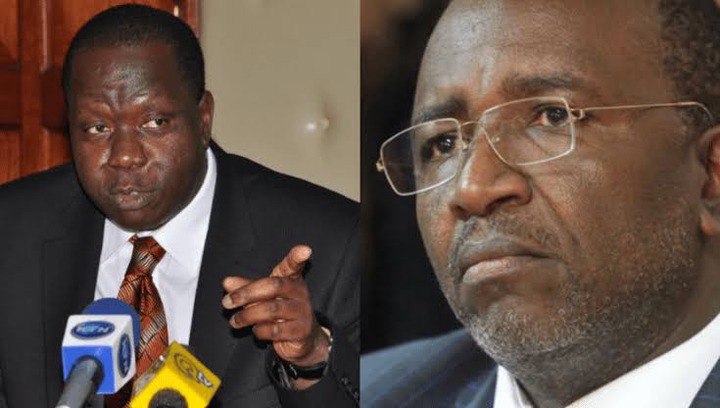 The woman's husband returned to the room only to find the senator on his bed; the matter was recorded at a local police station. However, Linturi immediately rushed to court to block the state from preferring charges against him and eventually arresting him.

He accused the state of trying to politicize the matter. However, the DCI have now responded to the suit saying The Meru senator was trying to evade being arrested.

According to the DCI, Linturi was well aware of the case and that nothing was being politicized. Linturi who has several pending cases had tried to seek the court to restrain the police from arresting him. 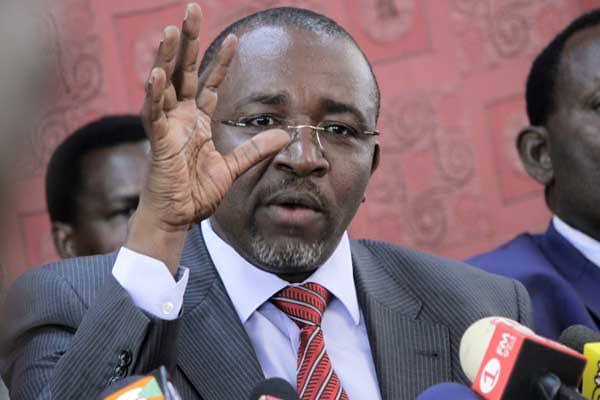 Justice Weldon Korir instructed Linturi's lawyer to furnish the other interested parties with all the required documents within 10 days as the hearing looks to start. 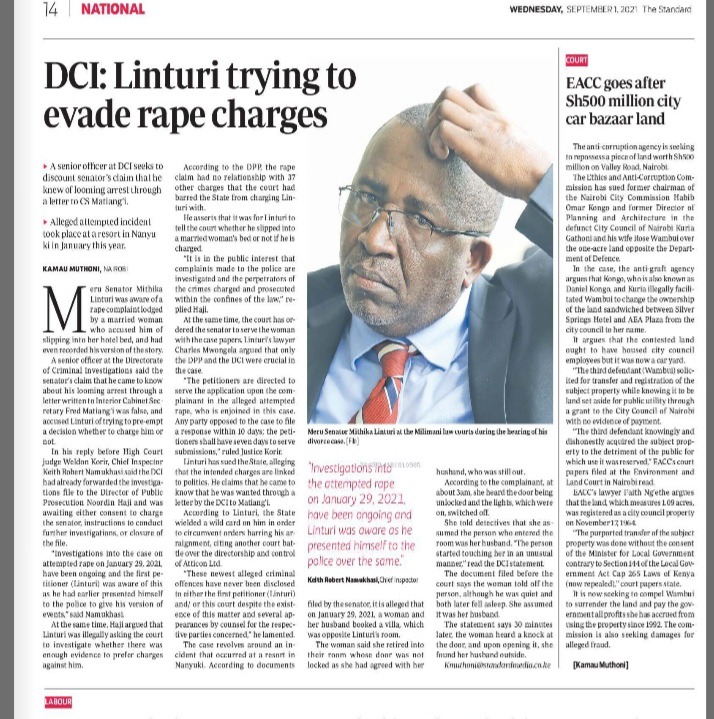