Wiper Party leader Kalonzo Musyoka has dismissed allegations that he is eyeing a political realignment with Raila Odinga ahead of the 2022 general election. 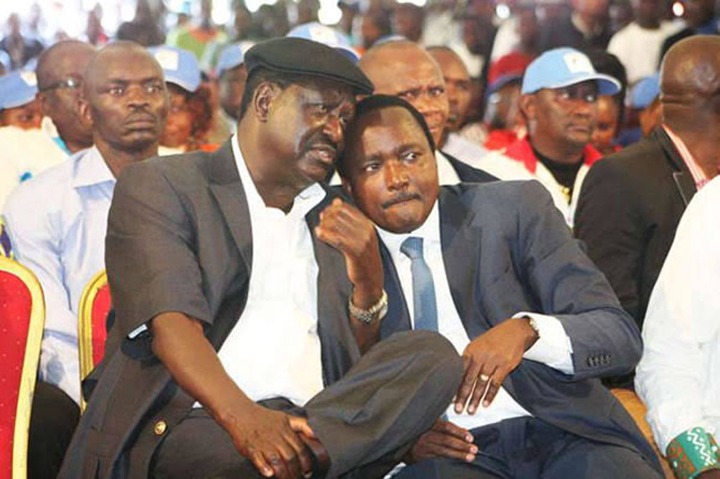 Kalonzo who has remained firm on his stand that he will be going straight to the ballot claimed that despite hinting of a similar conversation with Raila in future, he was not ready to play a second fiddle for the ODM boss a third time.

The reports that went viral stated that Raila had been meeting the former Vice President, in absence of the Wiper party officials, who are pressuring him to maintain his eyes on the presidential race.

Kalonzo is a co-principal in the One Kenya Alliance that brings on board other two presidential aspirants Musalia Mudavadi and Gideon Moi alongside Ford Kenya boss Moses Wetangula.

In an interview with KTN few days ago, Kitui Senator Enoch Wambua stated that the push by the OKA allies to their respective leaders is to ensure strong bases before the leaders decide who will be the flag bearer.

Political Analyst Herman Manyora however dismisses the OKA team terming them as 'flower girls' adding that the race will be between Raila and DP William Ruto. 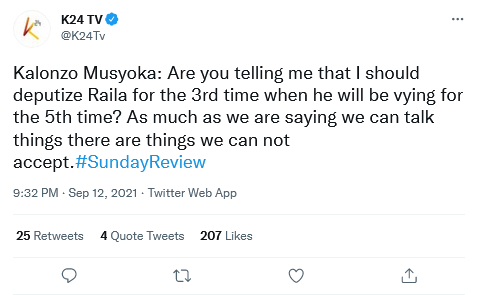