Deputy President William Ruto is no doubt a busy man as any weekend approaches.

He has been holding rallies and empowerment meetings in the past as he seeks to meet many people as possible to build ground for his 2022 Presidential ambitions. 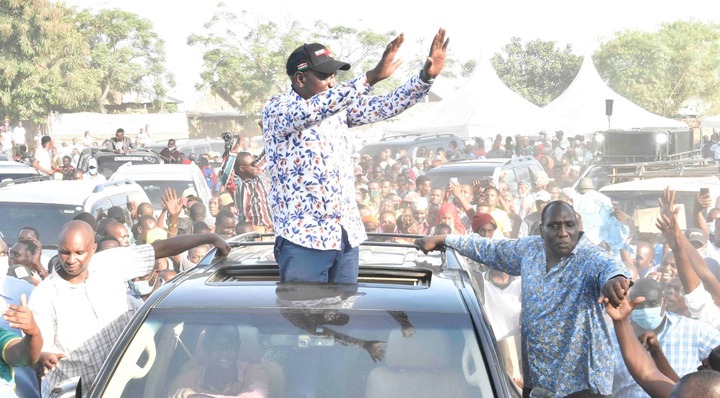 This Friday, the DP is expected to hold a series of rallies and empowerment programs in Mt Kenya region that has been his target ahead of 2022.

Getting a huge pie of votes from Mt Kenya region is no doubt a step closer to the presidency given the huge number of voters the region brags of.

According to the Spokesperson of the Hustlers Nation Dennis Itumbi, the DP will this Friday hold four crucial events .

Taking to his Twitter handle to reveal the schedule, Itumbi says the DP will be opening a service/petrol station and an office block for CSS Energy Matatu Sacco at around 10:30.

An hour later, he will grace a Bodaboda Sacco Fundraiser in Kawaida Stadium in Kiambaa. 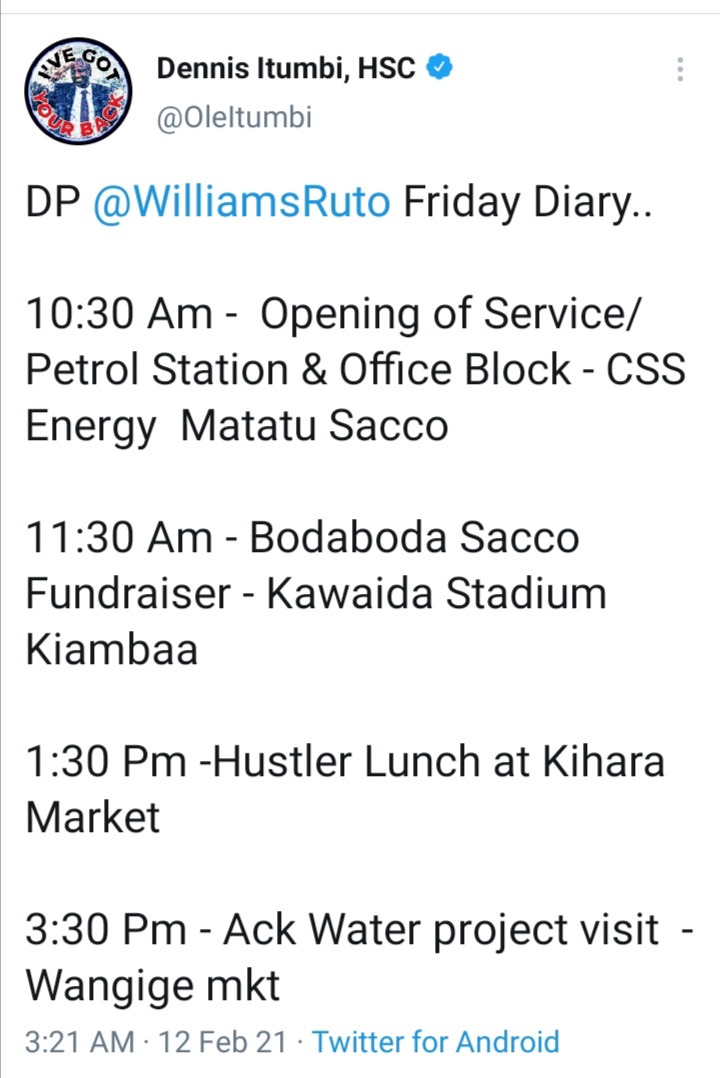 At around 1:30PM the Deputy President will be at at Kihara Market where he Wil have lunch at one of the local joints and interact with people.

Two hours later the DP is set to visit Wangige Market where he will open ACK Water Project.