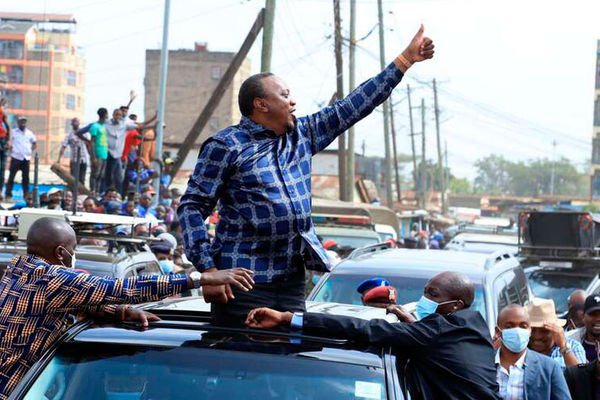 View pictures in App save up to 80% data. President Uhuru Kenyatta is fully in support of National Assembly Speaker Justin Muturi and his latest moves, Uhuru's cousin and elder Kung'u Muigai has said.

Muturi was last month coronated as the new Mt Kenya spokesman, taking over from Uhuru, a move that has, however, been opposed by some Uhuru allies.

But Kung'u says that the president has no issue with Muturi being in charge and has actually handed him the job of representing him on political matters.

He says that henceforth, Uhuru will be communicating through Muturi, whose coronation has divided leaders from the mountain, with a section fighting it.

“President Uhuru Kenyatta will be making his communication to Mt Kenya residents via Muturi," Kung'u, who presided over Muturi's coronation event at the Mukurwe Wa Nyagathanga shrine, told The Star. 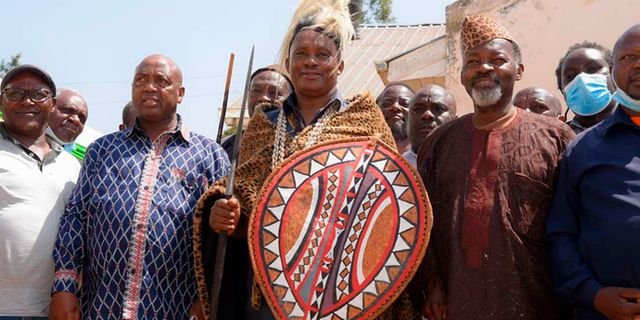 View pictures in App save up to 80% data. He says that since Uhuru cannot meet everyone who needs his attention, Muturi will be the one to do the job, adding that the Mt Kenya region will remain united and face the 2022 general polls as a single bloc.

“Mount Kenya region will speak with one voice and nothing will stop this. We must plan as we wait for Uhuru’s directive," he is further quoted by the paper.

Muturi was on Wednesday given the greenlight to unite the region, after a meeting with a section of top leaders from his Mt Kenya East backyard.

Kung'u's remarks come as a blow to other area leaders who have been keen on succeeding Uhuru as the next kingpin, among them Murang'a governor Mwangi Wa Iria, one of those bitterly fighting the Speaker.

Wa Iria has since had elders from the Kikuyu community cleanse the shrine, claiming to have also reversed the coronation in the process.

Content created and supplied by Curtis-Otieno.Opera News is a free to use platform and the views and opinions expressed herein are solely those of the author and do not represent, reflect or express the views of Opera News. Any/all written content and images displayed are provided by the blogger/author, appear herein as submitted by the blogger/author and are unedited by Opera News. Opera News does not consent to nor does it condone the posting of any content that violates the rights (including the copyrights) of any third party, nor content that may malign, inter alia, any religion, ethnic group, organization, gender, company, or individual. Opera News furthermore does not condone the use of our platform for the purposes encouraging/endorsing hate speech, violation of human rights and/or utterances of a defamatory nature. If the content contained herein violates any of your rights, including those of copyright, and/or violates any the above mentioned factors, you are requested to immediately notify us using via the following email address [email protected] and/or report the article using the available reporting functionality built into our Platform. Read more>>