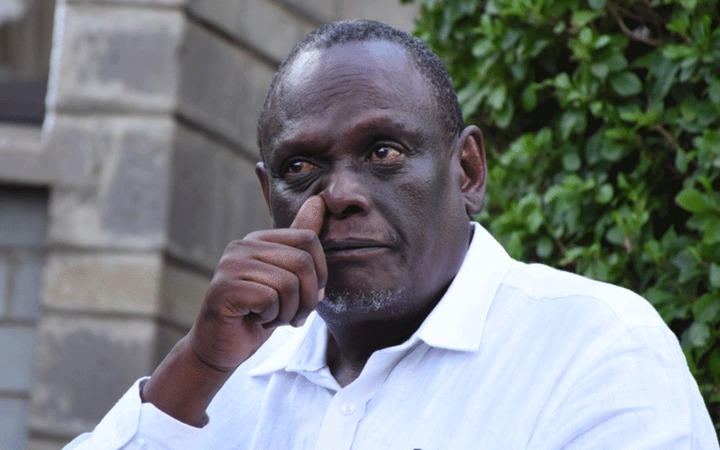 David Murathe has for long been perceived as an enemy of DP Ruto and one who is opposed to DP Ruto's 2022 presidential ambitions.

This is due to the fact that he has on various occasions dismissed DP Ruto's Presidential ambitions.

Murathe had elicited mixed reactions early this year when he publicly revealed that 2022 was Raila's Mandela moment.

Endorsing Raila who is an ODM candidate while he himself is a Jubilee candidate led to mixed reactions. 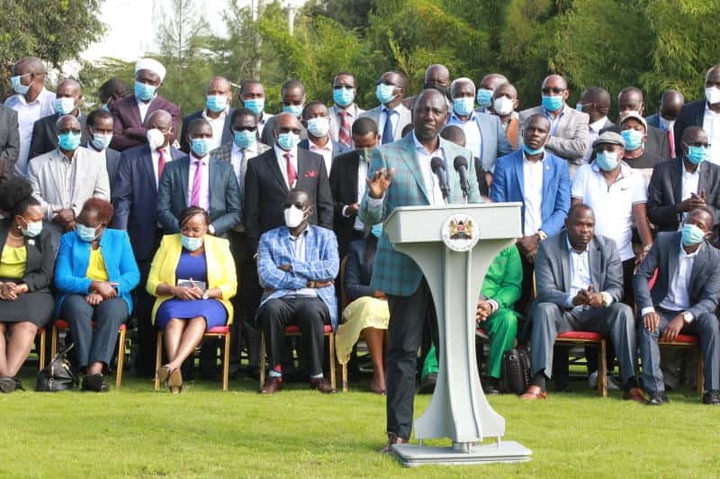 David Murthe has now changed tube on Raila Odinga's presidency in 2022 after he revealed why he might vote for Ruto in 2022.

Speaking during an interview with KTN News last evening David Murathe revealed that he will vote for Ruto if he will be the Jubilee candidate in 2022.

This is bad news and a heavy blow for Raila Odinga and his camp who have been banking on Murathe's early stand on DP Ruto's presidency.

This therefore means that in case Ruto becomes Jubilee candidate in 2022 then Raila might have to forget about Uhuru and Murathe's support. 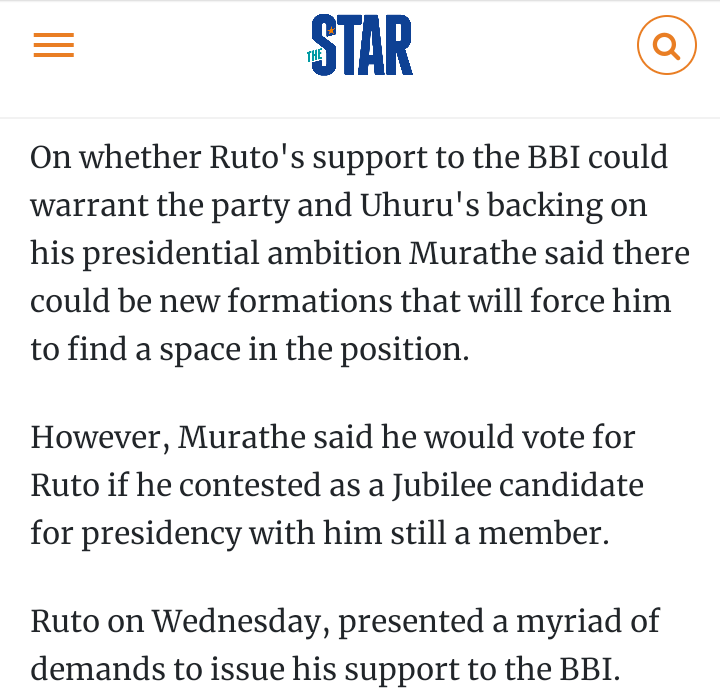 Content created and supplied by KDMNews.Opera News is a free to use platform and the views and opinions expressed herein are solely those of the author and do not represent, reflect or express the views of Opera News. Any/all written content and images displayed are provided by the blogger/author, appear herein as submitted by the blogger/author and are unedited by Opera News. Opera News does not consent to nor does it condone the posting of any content that violates the rights (including the copyrights) of any third party, nor content that may malign, inter alia, any religion, ethnic group, organization, gender, company, or individual. Opera News furthermore does not condone the use of our platform for the purposes encouraging/endorsing hate speech, violation of human rights and/or utterances of a defamatory nature. If the content contained herein violates any of your rights, including those of copyright, and/or violates any the above mentioned factors, you are requested to immediately notify us using via the following email address [email protected] and/or report the article using the available reporting functionality built into our Platform. Read more>>