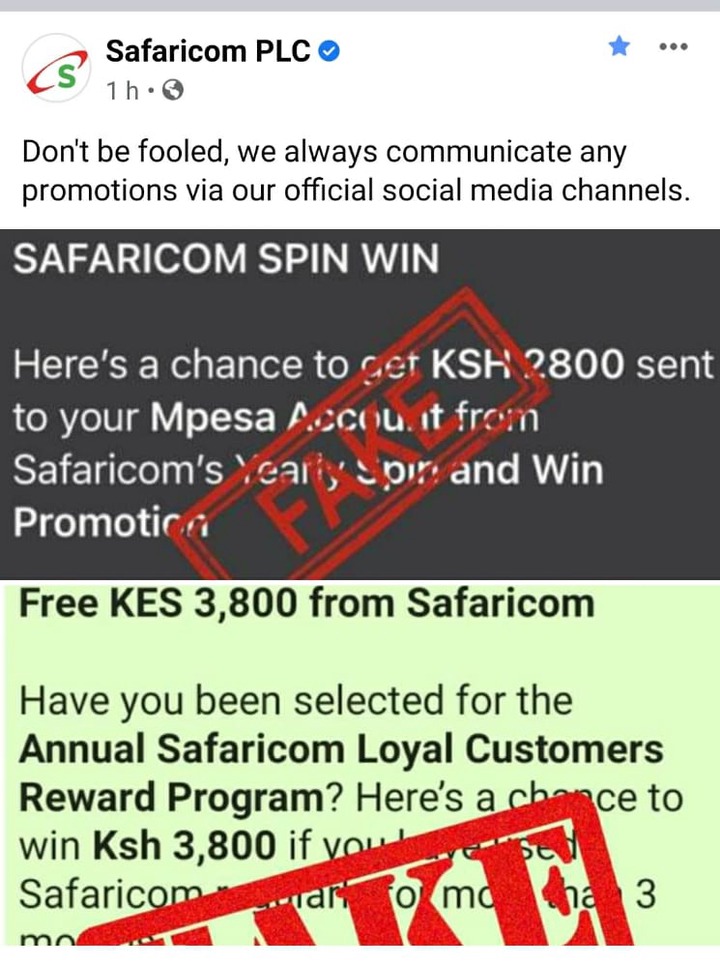 If you have been keen on Kenyans social media, there has a promotion going in the name of safaricom. The promotion states that customers will be awarded 3000 Kenya shillings. In the promotion, customers are directed by a link to a website that allows them to spin and win 3000.

Concerned customers have tried to seek clarifications from safaricom to check the legality of the promotion. The good news is that safaricom has come out clean to state that there is no such promotion going around from them. 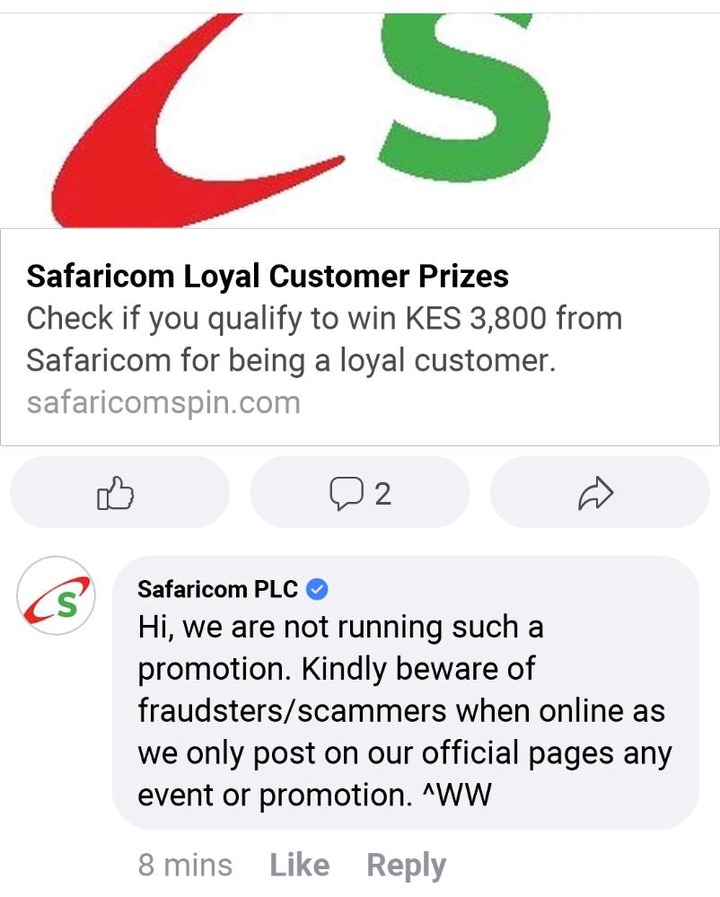 “Don’t be fooled, we always communicate any promotion via our official social media channel” safaricom tweeted via its official page. 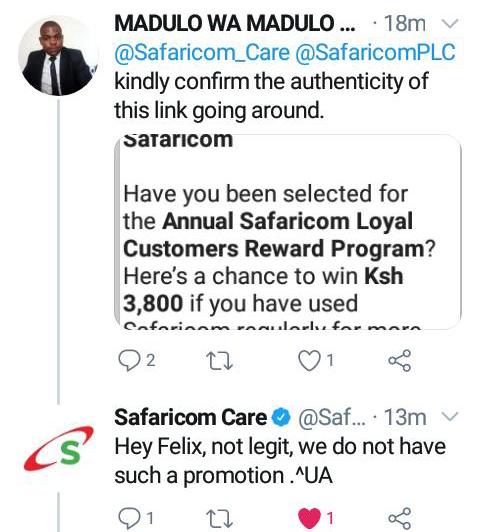 Its high time Kenyans to stay tuned of any scammers and expose them. Safaricom has warned Kenyans not to be fooled.