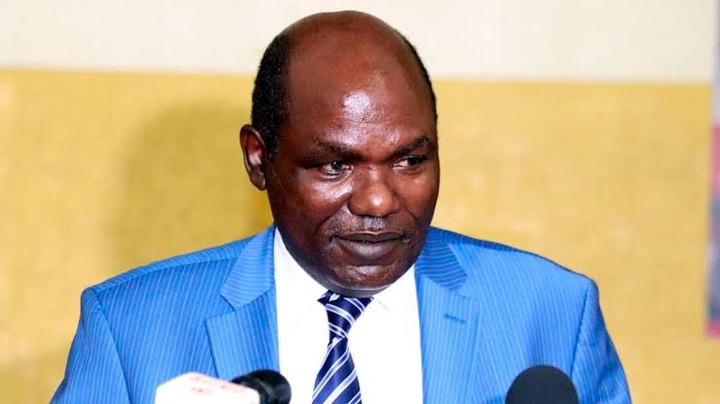 View pictures in App save up to 80% data. Yesterday, IEBC Chairperson Wafula Chebukati revealed that they had finally narrowed down into three main suspects who orchestrated the illegal transfer of voters in the IEBC's register.

Chebukati who spoke on Monday said they have forwarded the names of these three crooks to the authorities for the appropriate action.

The IEBC chair further stated that the over one million voter transfer cases had been recorded in Nairobi, Mandera, Nyeri, and Wajir counties, among others.

Shockingly, another four thousand kenyans are currently being investigated for having registered twice.

Chebukati promised that the rogue IEBC officers who were involved in the worrying syndicate would face the full wrath of the lw.

Ruto urged Chebukati and his team to clear and clean the register and also answer some of these different questions.

Over, 200k identity cards did not match details in the national Bureau of statics data, another 200k people dead voters were also expunged. 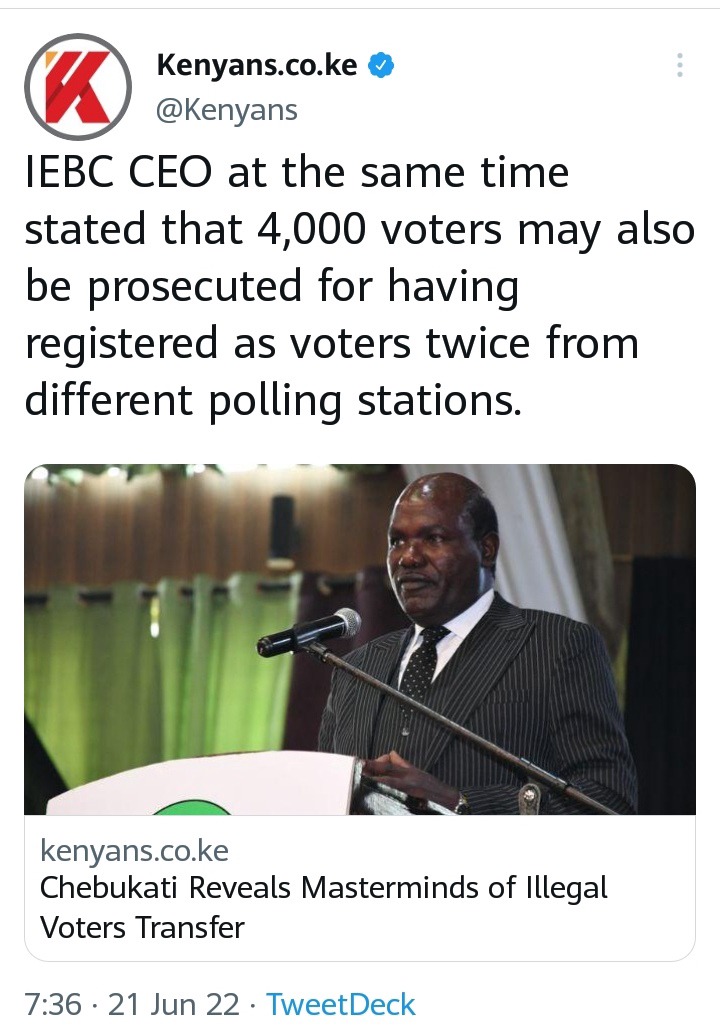