House Betty build for her parents.

She is in her early 30s but Betty Maina who was appointed a director for Athi Water Works Development Agency in early 2019 by Uhuru Kenyatta has surprised friends and enemies.

The young, slim, tall and jovial woman has proved her love to her aging parents after she built them a magnificent house in Murang’a, her rural home that has set tongues wagging.

It is a king’s mansion that could outdo maisonettes in leafy suburbs of Nairobi like Karen, Runda and Kitisuru.

A two-storey house that has neighbours in the village wondering what more she can do if that is one of the gifts she has offered her parents barely three years after she got the plum job. 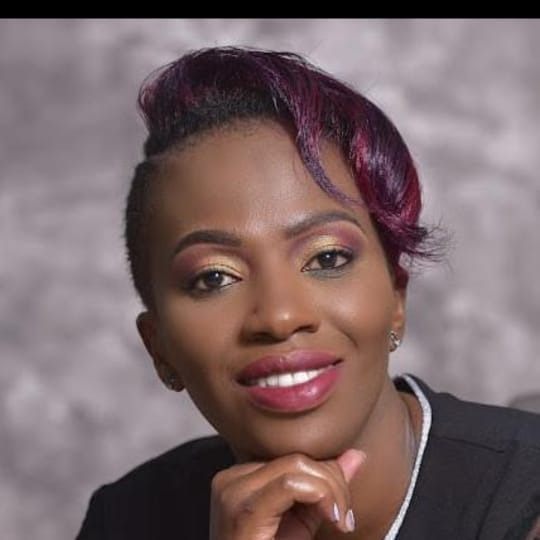 Betty worked for Murang’a Women rep Sabina Chege before she got the new job that is taking her around the country, giving the poor and rich clean piped water.

She works closely under Water, Sanitation and Irrigation Permanent Secretary Joseph Wairagu who is vying for Murang’a gubernatorial seat.

Even a rough estimate, more than Sh5 million went into the project that has raised the young lady’s political mirage.

Though she has not publicly declared what seat she would go for in an election, Betty has made a name for herself and this was proved by those who graced the opening and handing over of the house.

They came from the political divides of Kieleweke and Tangatanga teams. 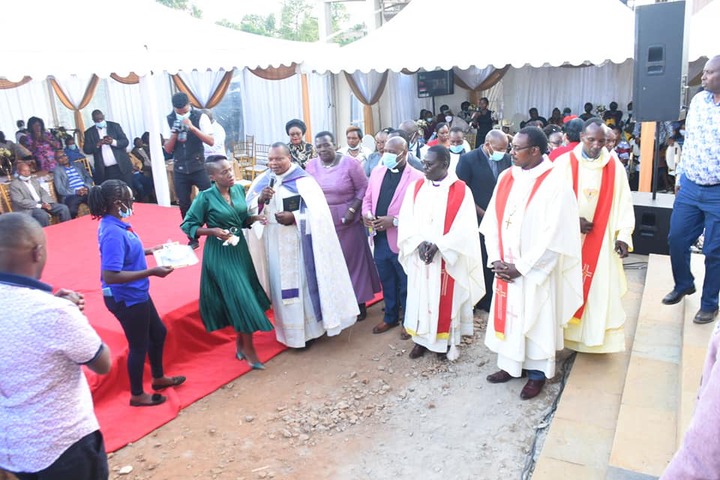 Betty who gave birth recently has however gone through a messy journey before reaching there.

She nearly slipped in depression in 2018 after a candidate she campaigned for failed to clinch the Murang’a governor seat and the wrath of the loss was turned on her. 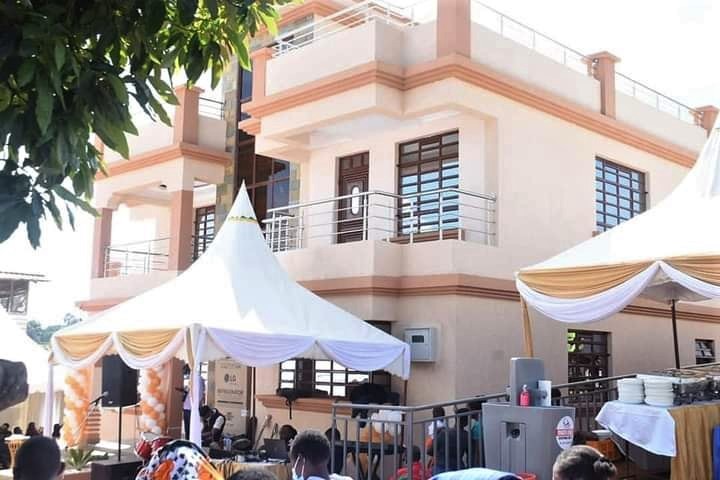 It was rumoured she affair with the said candidate, worsening her agonies as friends turned against her.

She resorted to drinking excessively and one time she was involved in a road accident that almost killed her. The car she was driving was damaged beyond repair.

And since she was appointed, Betty has experienced cyberbullying on social media platforms. 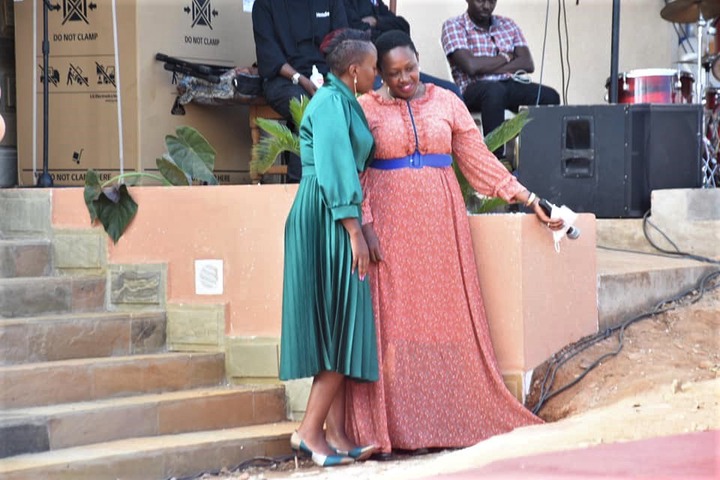 Betty (in green) with Women rep Sabina Chege during the house opening.