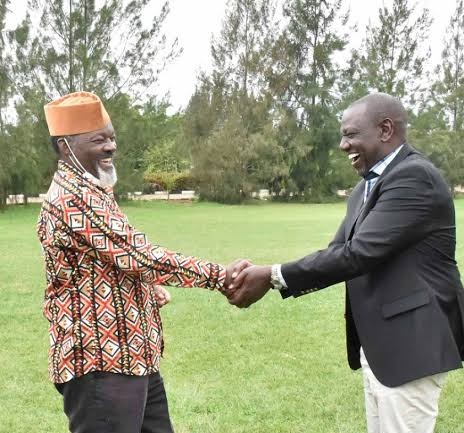 DP William Ruto with president Uhuru Kenyatta's cousin during a past file photo.

This follows their series of meetings that culminated on declaring their support for Raila Odinga's quest to succeed president Uhuru Kenyatta.

This move is a huge blow to Deputy President William Ruto who has been holding meetings with top leaders from the Mount Kenya region with an aim of wooing the region to his side.

William Ruto had already received some Kikuyu Elders at his official Karen residence sometimes back being led by president Uhuru Kenyatta's cousin. 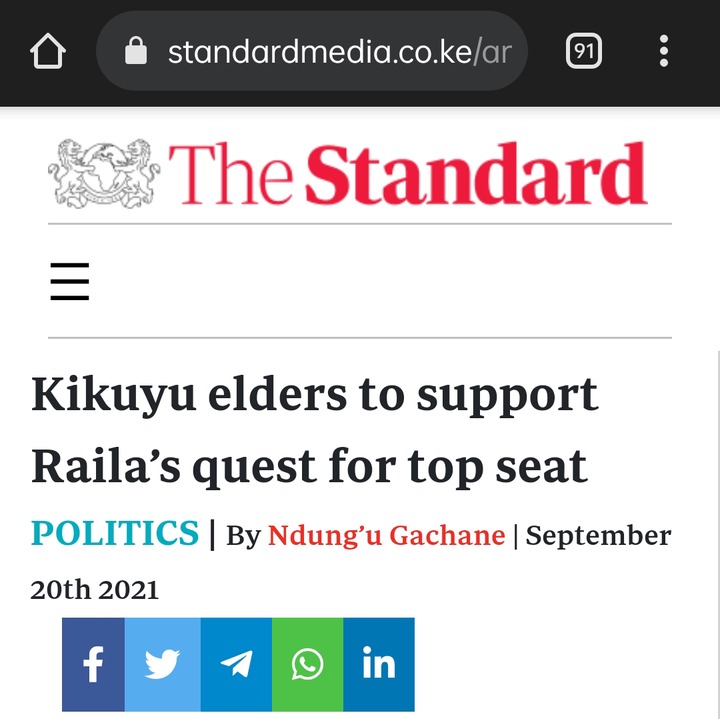 The move comes days before Raila Odinga makes his way to the region where he is expected to hold a series of meetings in his seventh trip to the area.

Firing his meetings, he will start off his tour in Kiambu, then move to Murang'a county and also former president Mwai Kibaki's Nyeri backyard.

He has already been to Kiambu and also Murang'a counties but has not yet visited Nyeri county in the recent past where DP William Ruto has been severally.

“Raila will visit the Mount Kenya region where he has lately received warm welcomes, his itinerary will be shared later,” said one of Raila Odinga's close allies within his Orange Democratic Movement ODM party.