A woman has grazed the internet after she was spotted cloth less on a major where she has left netizens with more questions than answers. 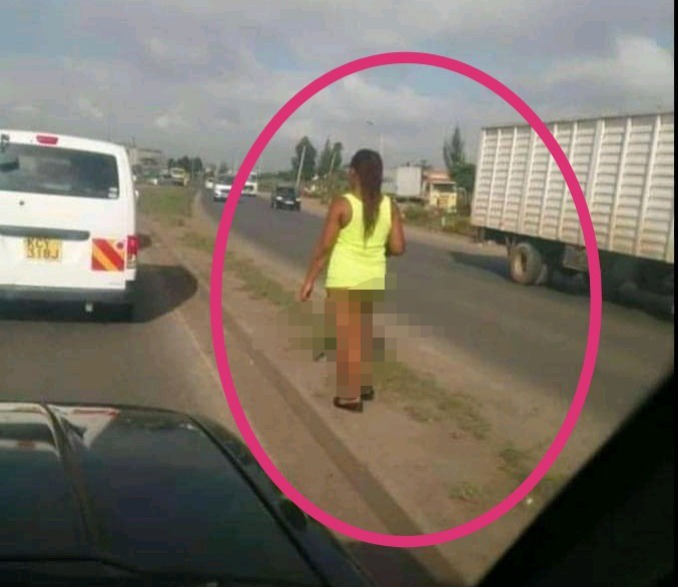 Netizens have flocked at the post with different opinions where most have claimed the woman might be suffering from depression and she should seek medical assistance immediately.

Although most seem to sympathize with her some have gone ahead concluding that the woman maybe using drugs which could be affecting her thinking. 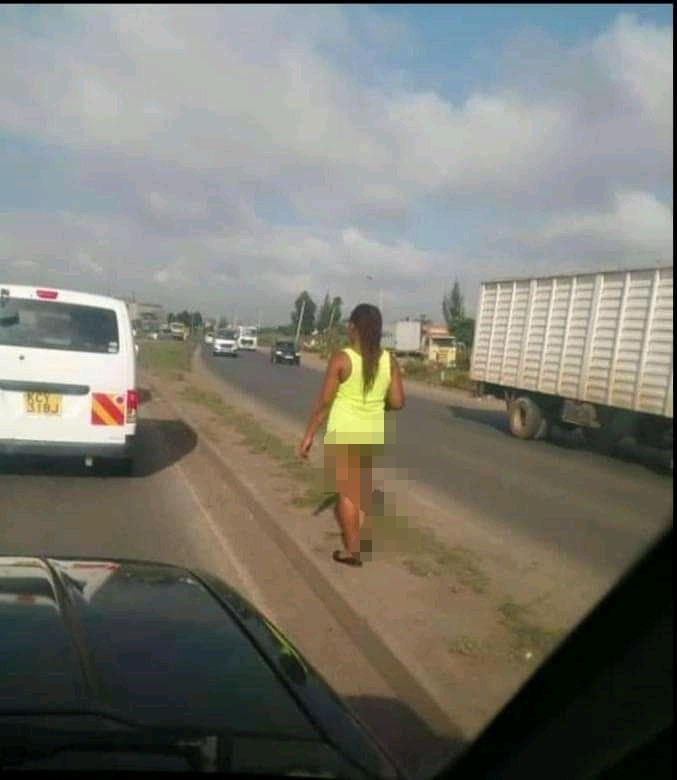 Most women suffer inside with their stress where they are afraid of sharing their problems and they end up suffering from depression where most go ahead committing suicide.

Many have gone ahead asking the people who live near the area where she comes from to atleast try to communicate to her family soo that she can immediately be admitted to a medical facility.

Many have gone ahead condemning the erson who took her photo claiming he should have assisted her get medical care.

Here are some of the reactions: 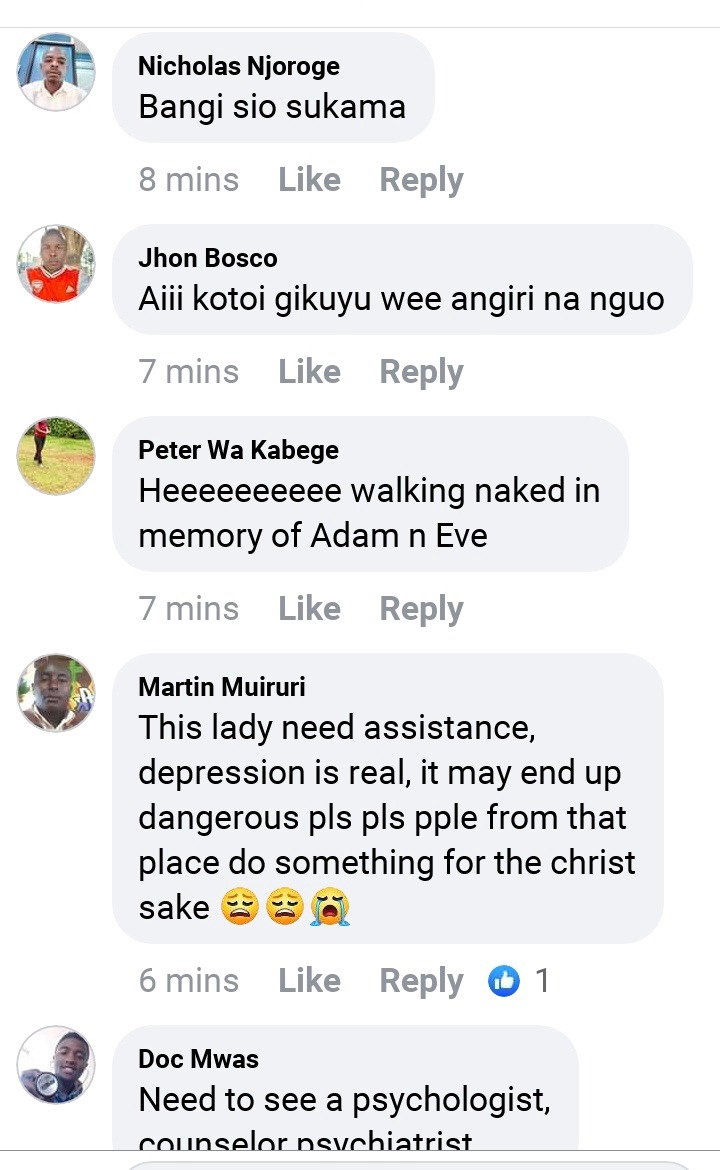 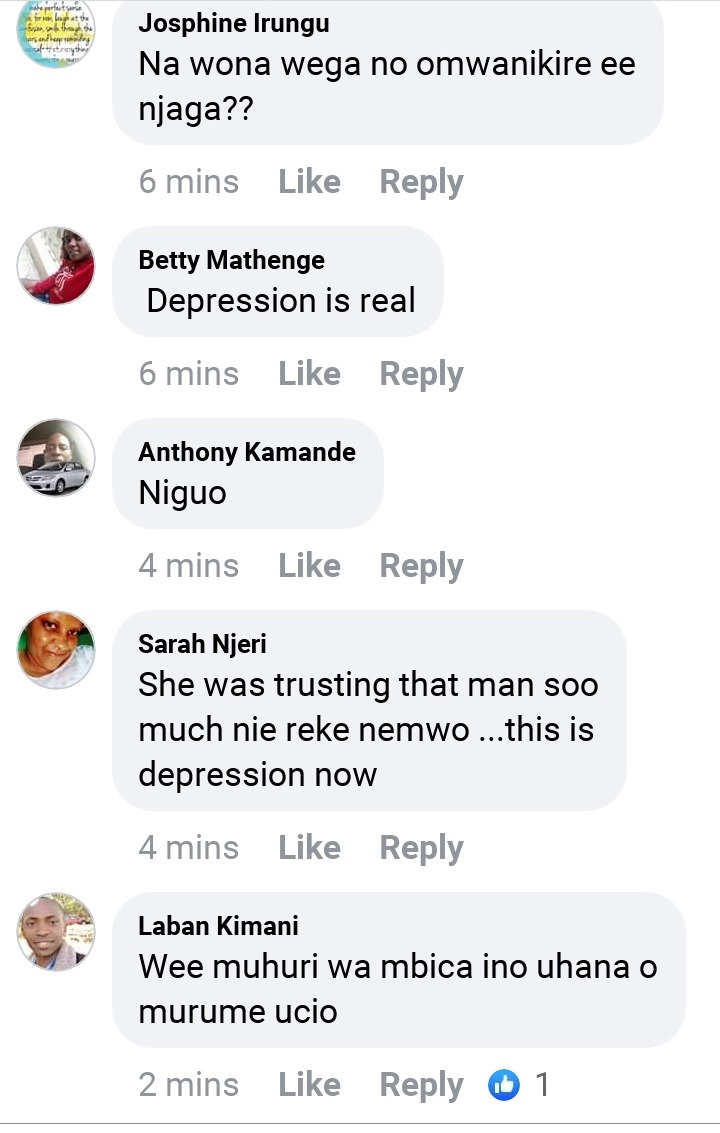 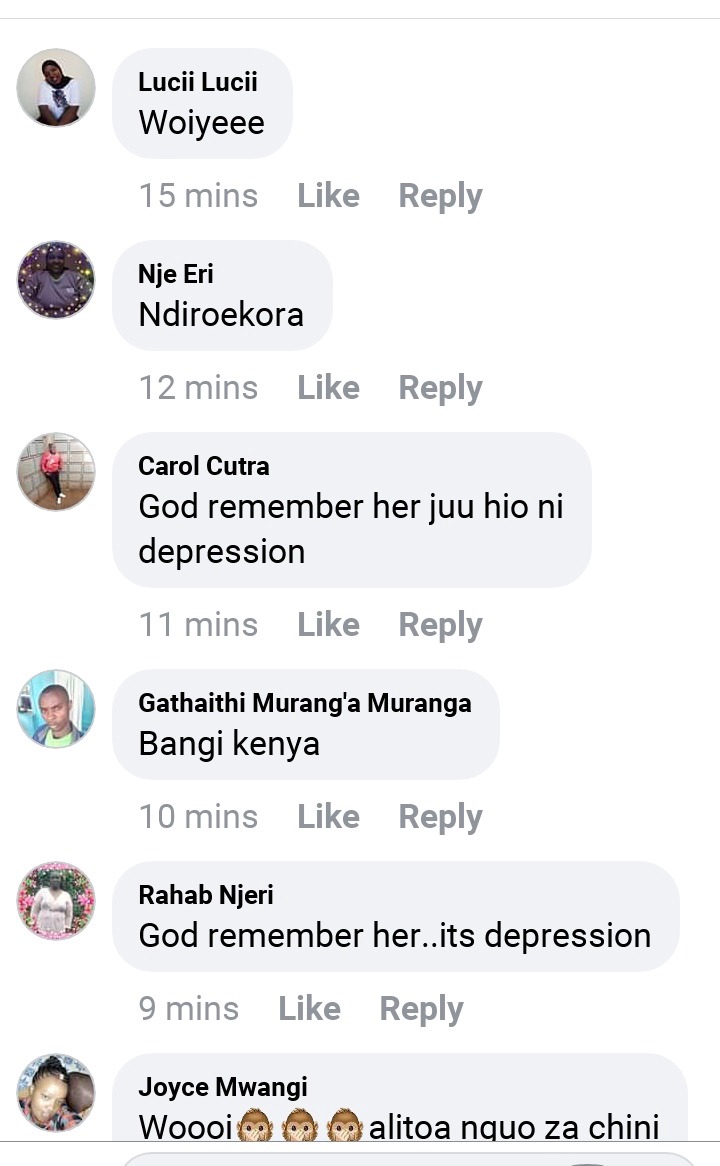 Content created and supplied by Bettyb.Opera News is a free to use platform and the views and opinions expressed herein are solely those of the author and do not represent, reflect or express the views of Opera News. Any/all written content and images displayed are provided by the blogger/author, appear herein as submitted by the blogger/author and are unedited by Opera News. Opera News does not consent to nor does it condone the posting of any content that violates the rights (including the copyrights) of any third party, nor content that may malign, inter alia, any religion, ethnic group, organization, gender, company, or individual. Opera News furthermore does not condone the use of our platform for the purposes encouraging/endorsing hate speech, violation of human rights and/or utterances of a defamatory nature. If the content contained herein violates any of your rights, including those of copyright, and/or violates any the above mentioned factors, you are requested to immediately notify us using via the following email address [email protected] and/or report the article using the available reporting functionality built into our Platform. Read more>>