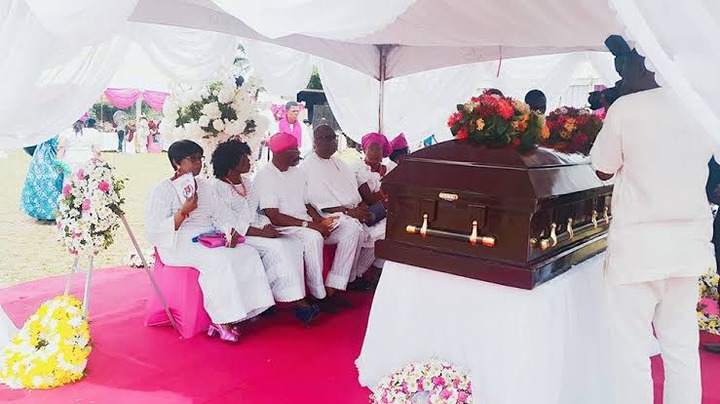 View pictures in App save up to 80% data. Emmy Kosgei is among Kenya’s most renowned female gospel artists. While she continues to hit headlines all over, most of her life has been rather a mystery to the public. She is one of those superstars who choose to remain silent about her life and let people keep guessing. Well, while that could be the case, below are things you’d love to know about her.

Emmy Kosgei was born on July 22, 1980. She hails from the former Rift Valley province, in Kelewa village in Mogotio, Koibatek District.

Emmy was born into a strong Christian family. Her father, Bishop Jackson Kosgei is a highly acclaimed cleric. Her mum is equally a strong believer of Christian values and the two must have helped steer her where she is right now. Emmy has always attributed her triumphs in life to the only pillar of her life: God.

It is said that her journey in music started at a very tender age in her local church. By the time she was in high school, Emmy was recording collaborations with other artists. Emmy Kosgei also recorded songs with Maximum gospel singers, which further helped to sharpen her career in music.

Emmy Kosgei is married to a Nigerian Gospel Minister, Apostle Anselm Madubuko. The wedding took place on August 29, 2013, in Emmy’s hometown in Kenya.

Emmy’s marriage to Anselm was the talk of the town for a long time. While many people were expressing their thoughts about the marriage, very few of them knew how the lovebirds met. Her music is celebrated world over and she had been invited abroad as a music minister. It so happened that Anselm had also been invited to preach at the same event. Well, the rest of the story is obvious.

Content created and supplied by benayounce.Opera News is a free to use platform and the views and opinions expressed herein are solely those of the author and do not represent, reflect or express the views of Opera News. Any/all written content and images displayed are provided by the blogger/author, appear herein as submitted by the blogger/author and are unedited by Opera News. Opera News does not consent to nor does it condone the posting of any content that violates the rights (including the copyrights) of any third party, nor content that may malign, inter alia, any religion, ethnic group, organization, gender, company, or individual. Opera News furthermore does not condone the use of our platform for the purposes encouraging/endorsing hate speech, violation of human rights and/or utterances of a defamatory nature. If the content contained herein violates any of your rights, including those of copyright, and/or violates any the above mentioned factors, you are requested to immediately notify us using via the following email address [email protected] and/or report the article using the available reporting functionality built into our Platform. Read more>>