Here in this article, you will see the All time UEFA Champions League Table, lots of clubs could be found below in this table. One can easily check and see his or her current Club ranking as of this 2020.

Our major focus here in this article is going to be between Chelsea and Manchester United. These two clubs have been the most popular club in England due to their fan base and career statistics. However, Manchester United and Chelsea fans are always like cat and dogs. Both clubs fans usually claims that their club is simply the best and can’t be compare to another. Well, here in this article, we will pass judgment by checking out there all time Champions League records and Rankings. 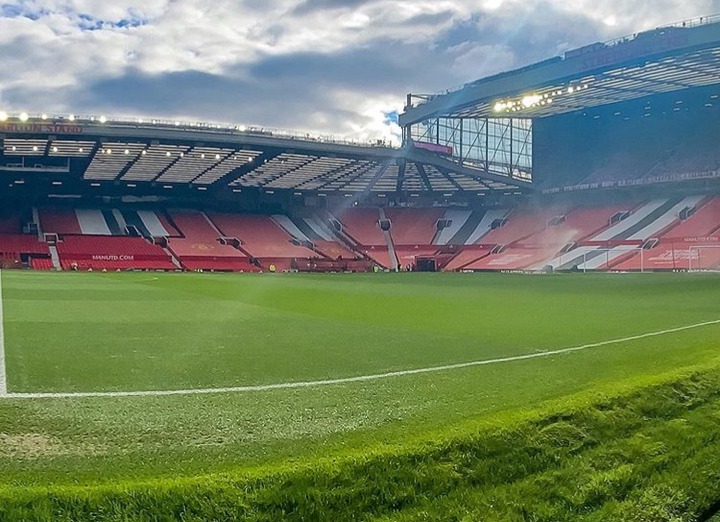 As you can see in the table, Manchester United is currently Ranked 4th. They have played 273 matches and won 149, Draw 65 games and lose 59 games. They have a total point of 512 in the UEFA champions league. 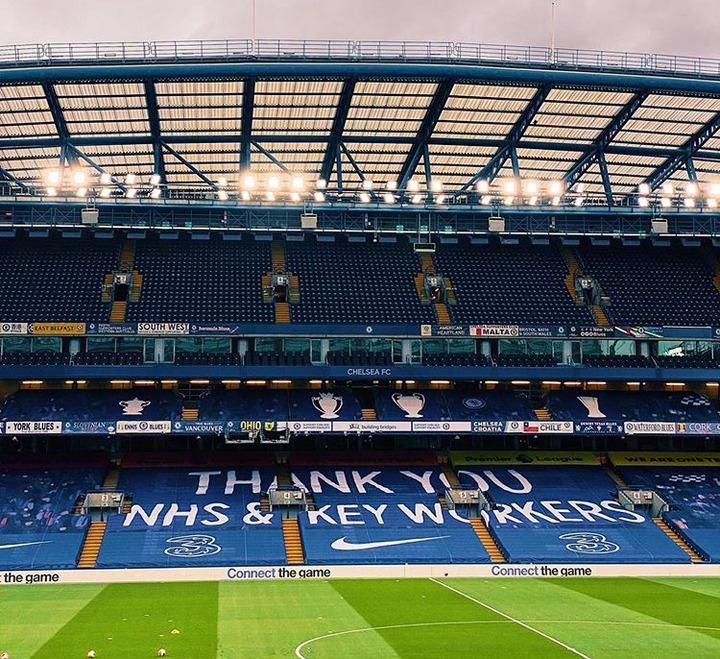 Chelsea is currently Ranked 12th in the UEFA Champions League All time Table. Chelsea have been able to play 168 games and won 83 matches, while the draw 48 and lose 37 matches. Thee total points in UCL is 297. 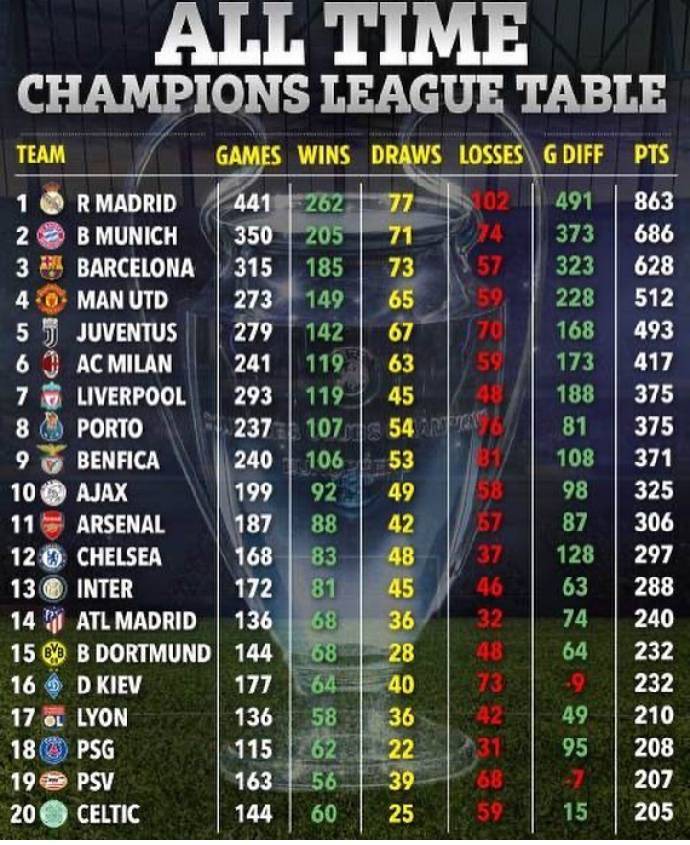 Now, With the Champions League Records, Which Club is the G.O.A.T? Be honest in your comment.

Content created and supplied by FunNaija.Opera News is a free to use platform and the views and opinions expressed herein are solely those of the author and do not represent, reflect or express the views of Opera News. Any/all written content and images displayed are provided by the blogger/author, appear herein as submitted by the blogger/author and are unedited by Opera News. Opera News does not consent to nor does it condone the posting of any content that violates the rights (including the copyrights) of any third party, nor content that may malign, inter alia, any religion, ethnic group, organization, gender, company, or individual. Opera News furthermore does not condone the use of our platform for the purposes encouraging/endorsing hate speech, violation of human rights and/or utterances of a defamatory nature. If the content contained herein violates any of your rights, including those of copyright, and/or violates any the above mentioned factors, you are requested to immediately notify us using via the following email address [email protected] and/or report the article using the available reporting functionality built into our Platform. Read more>>