This The Mermaid That Killed Two Boys In Zimbabwe 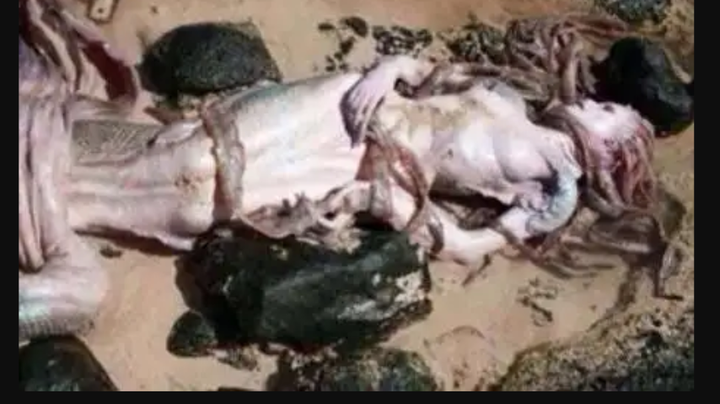 Do mermaids exist? I believe so, they do exist. In Zimbabwe, for real! It was spotted at Nemangwe dam in Gokwe. The two boys who were both in Forms One and Two respectively, were herding cattle when they spotted the mermaid's tail.

Mistaking it for a "big fish", one of the boys decided to catch it. But the mermaid grabbed them and dragged them in to the water. The locals watched helplessly as the two boys drowned.

A few moments later, the two boys re-emerged on top of a rocky outcrop near the dam, they were still alive. But the locals cried instead of rescuing them, a whirlwind engulfed the place.

The mermaid re-appeared and dragged the two boys into the water the second time. This time round, they were seen a float the lake, dead.

The Sengwa 2/Gwehava dam was under construction, but it was stopped abruptly after workers complained of machines breaking down and all.

Content created and supplied by Pablo254.Opera News is a free to use platform and the views and opinions expressed herein are solely those of the author and do not represent, reflect or express the views of Opera News. Any/all written content and images displayed are provided by the blogger/author, appear herein as submitted by the blogger/author and are unedited by Opera News. Opera News does not consent to nor does it condone the posting of any content that violates the rights (including the copyrights) of any third party, nor content that may malign, inter alia, any religion, ethnic group, organization, gender, company, or individual. Opera News furthermore does not condone the use of our platform for the purposes encouraging/endorsing hate speech, violation of human rights and/or utterances of a defamatory nature. If the content contained herein violates any of your rights, including those of copyright, and/or violates any the above mentioned factors, you are requested to immediately notify us using via the following email address [email protected] and/or report the article using the available reporting functionality built into our Platform. Read more>>