This is What will Happen to Raila Odinga and William Ruto, if The BBI Report Backfires 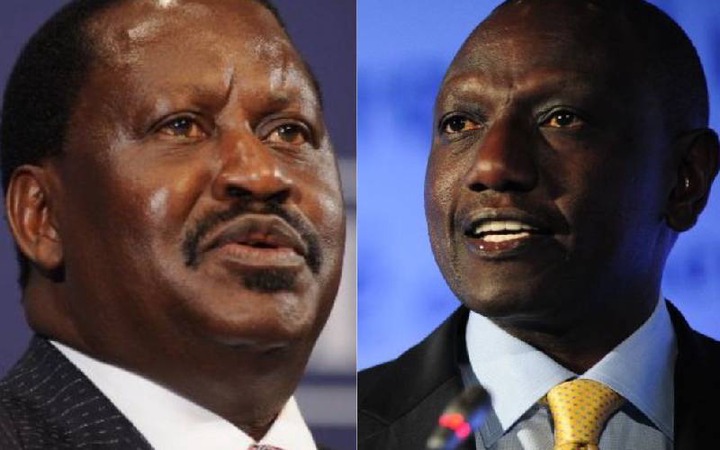 View pictures in App save up to 80% data. Today is the day that President Uhuru Kenyatta and Raila Odinga are going to officially launch the collection of BBI Signatures at the KICC in Nairobi. Now what will happen to Raila Odinga if BBI Fails?

This is a question that you should be asking yourself. What is the motive behind BBI? Because according to President Uhuru Kenyatta and Raila Odinga who came up the Initiative, is that BBI was a Symbol of unity.

On the other side, DP William Ruto has always been against the BBI report, and of late he was asking for changes in the report. Now if incase BBI fails as Raila Odinga is targeting it to go, it will be really a wastage of time and money for Raila Odinga and his team.

And this will be a laughing moment for William Ruto and his entire political camp. Raila Odinga strongly believes that if BBI report is received well by Kenyans, it will be easy for him to win the 2022 Presidential elections.

On the side of DP, William Ruto, if BBI Report fails he will full Confidence and assurance that he is going the 2022 Presidential elections.

Content created and supplied by IddAbia.Opera News is a free to use platform and the views and opinions expressed herein are solely those of the author and do not represent, reflect or express the views of Opera News. Any/all written content and images displayed are provided by the blogger/author, appear herein as submitted by the blogger/author and are unedited by Opera News. Opera News does not consent to nor does it condone the posting of any content that violates the rights (including the copyrights) of any third party, nor content that may malign, inter alia, any religion, ethnic group, organization, gender, company, or individual. Opera News furthermore does not condone the use of our platform for the purposes encouraging/endorsing hate speech, violation of human rights and/or utterances of a defamatory nature. If the content contained herein violates any of your rights, including those of copyright, and/or violates any the above mentioned factors, you are requested to immediately notify us using via the following email address [email protected] and/or report the article using the available reporting functionality built into our Platform. Read more>>