The only female politician who studied both in USA, Sweden and Italy 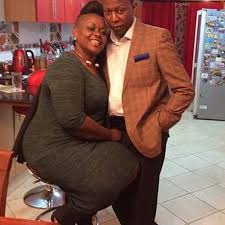 View pictures in App save up to 80% data. Odhiambo was born in 1966 in Homa Bay to Harrison Odhiambo and Damaris Auma Odhiambo.She is the fourth of eight children. Her father Harrison Odhiambo died in 1973 in a boating accident, a moment that Odhiambo says helped spur her interest in politics.

Millie attended Homa Bay Primary School,St. Francis Girls Secondary School and Limuru Girls High School before she attended the University of Nairobi in 1986. She graduated in 1990 with a Bachelor of Laws degree.She would later study in the United States, Sweden and Italy.

She began her career in the attorney general's office practicing civil litigation before moving on to human rights law, with an emphasis on women and children.[4] In 1999 she served as chairperson of Coalition on Violence Against Women-Kenya and from 2000 to 2008 was the founder and director of the CRADLE Children's Foundation, an organization working to improve children's rights in the legal system.

Content created and supplied by benayoun999.Opera News is a free to use platform and the views and opinions expressed herein are solely those of the author and do not represent, reflect or express the views of Opera News. Any/all written content and images displayed are provided by the blogger/author, appear herein as submitted by the blogger/author and are unedited by Opera News. Opera News does not consent to nor does it condone the posting of any content that violates the rights (including the copyrights) of any third party, nor content that may malign, inter alia, any religion, ethnic group, organization, gender, company, or individual. Opera News furthermore does not condone the use of our platform for the purposes encouraging/endorsing hate speech, violation of human rights and/or utterances of a defamatory nature. If the content contained herein violates any of your rights, including those of copyright, and/or violates any the above mentioned factors, you are requested to immediately notify us using via the following email address operanews-e[email protected] and/or report the article using the available reporting functionality built into our Platform. Read more>>