The forbidden/hidden history of the Kikuyus

Since we got independence as a country in 1963, most of the past events became real history. Not only did the colonials take away our land, they also eroded our sense of belonging and disconnected us to the roots that firmly defined who we truly were.We were blindly dispatched from our rails so we could follow their suit without having to question our ultimate destiny and, sorry to say, we shall forever remain followers if we don't go back in time and redefine who we truly are. 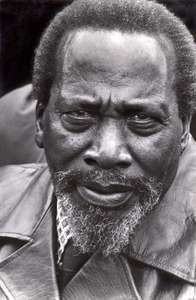 They say, 'you can never know where you're going unless you know where you're coming from'. Some great publishers and authors suffered their ultimate cause when they tried to give a mirror by which we could reflect to our past. Among them Gakaara Wa Wanjau who published the Mau mau Ithaamirio-inî (mau mau detention), Jomo Kenyatta's Facing Mount Kenya (1938), Kabetu M. N's Kîrîra Kia Ûgîkûyû (1947) etc. 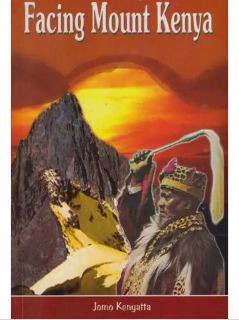 Nevertheless, there is a story that is barely told and only 2% of the large Kikuyus know it, while almost none among those who know the 'tale' are entirely willing to pass among the preceding generation.

The story of the nine daughters of Gikuyu and Mumbi are clearly told. But the truth is that there was the ninth daughter called Warigia (the last one) who was not lucky enough to get married and as a result got a child out of wedlock. She therefore became the 'pioneer of single_motherhood'.

It is as important to indicate that her status was not by choice since by the time Ngai (God of Gikuyu) was providing suitors to the nine elder sister, Warigia was not yet of age. As a result Warigia became very bitter even while taking care of her parents in their old age. Ngai blessed her with great wisdom exceeding the normal human capacity as a solution to her misfortune. Now that was the beginning of evil.

This wisdom was cultivated against the will of the 'Blesser' when she went ahead to craft evil (termed later as witchcraft).

She formed an embarrassing turn of the stories passed on from generations to generations among the Kikuyu community that most tellers decided to omit her part altogether so as to instill good morals among the children. This part of the story became rare that you had to dig deep to find it.

Content created and supplied by Emmanuelwachirake.Opera News is a free to use platform and the views and opinions expressed herein are solely those of the author and do not represent, reflect or express the views of Opera News. Any/all written content and images displayed are provided by the blogger/author, appear herein as submitted by the blogger/author and are unedited by Opera News. Opera News does not consent to nor does it condone the posting of any content that violates the rights (including the copyrights) of any third party, nor content that may malign, inter alia, any religion, ethnic group, organization, gender, company, or individual. Opera News furthermore does not condone the use of our platform for the purposes encouraging/endorsing hate speech, violation of human rights and/or utterances of a defamatory nature. If the content contained herein violates any of your rights, including those of copyright, and/or violates any the above mentioned factors, you are requested to immediately notify us using via the following email address [email protected] and/or report the article using the available reporting functionality built into our Platform. Read more>>