Tension In Nairobi After This Worrying Announcement Today

The Directorate of Criminal Investigations (DCI) detectives on Saturday night, November 22, carried out an operation that saw 44 school children detained and their host arrested.

The children, aged between 14 and 17, were allegedly found at Millicent Kithinji's residence within Nairobi's Mountain View Estate.

Police reportedly seized different brands of alcohol and bhang after searching the house.

Twitter: The DCI stated that the primary and high school children; 26 boys and 18 girls, came from different counties.

"Preliminary investigations revealed the children were from Nairobi, Kiambu and Machakos counties," read part of the DCI statement. 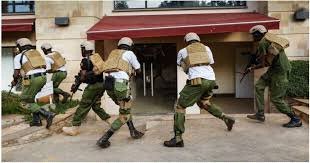 There was a deadly Gunfight earlier today as one police officer ended up dead while others got injured in the process of trying to disarm civilians who had acquired personal guns in order to protect themselves from thugs or fellow community members.

According to the reports given by the police who was in charge of the whole operation, it was reported that one was killed in the process as others sustained major injuries and were rushed to the hospital where they are currently receiving medical treatment.

Further reports indicate that in a move to retrieve illegally owned guns, a number of rustlers came forward to return their guns and in the process the police recovered some of the guns that were stolen from some of them.

This is happening at the same time when the country is continously recording the highest number of crime related deaths where people are getting Stabbed and robbed in broad daylight by this daring thugs. Due to this reason, the government has asked Kenyans to work hand in hand with the police by giving them necessary information that could lead to the arrest of these suspects in order to reduce the number of criminals in kenya.

Police in Homa Bay County on Sunday morning, November 22 gunned down a suspected robber during a botched robbery incident in Oyugis town.

According to police report, the suspect was shot dead while trying to escape from the police after he refused to surrender as four other accomplishes escaped on foot.

The suspect was caught on a roof of a building housing a bar while trying to create an opening through which he wanted to use to gain entry into the bar.

The other suspects were providing the ground security as the downed robber was busy on the roof before patrol officers pounced on them.

On seeing officers, the four fled leaving one of them on the rooftop.

Drama ensued when the suspect refused to climb down and threatened to assault anybody who climbed the roof with a panga.

He further threatened to attack police officers with a machete, prompting them to shoot him.

This comes in as The Directorate of Criminal Investigations (DCI) has warned the public, especially parents and guardians to take keen interest on activities conducted by teens at home and online.

Kinoti warned parents to take keen interest in their children’s activities at home and on social media.

“As the investigations go on, we wish to issue a stern warning to individuals taking advantage of the Covid-19 pandemic to prey on schoolgirls who are at home especially through the social media networks that their days are numbered,” Kinoti said.

This after a number of worried parents from Nairobi’s Kayole and Komarock areas reported that their daughters were missing for days.

According to the woman who posted a video online pleading for help, the seven girls disappeared on November 14 in the morning after they were lured out of their homes.

“We are afraid that my cousin and the other six girls are being trafficked for sex because we have identified the last number to communicate with her is an American line that is no longer going through,”

This comes in as The residents of Joy Villa estate, Power line, Dandora in Nairobi county were last night treated with a dramatic scene after a notorious thief was nabbed stealing 43" TV set from the apartment. 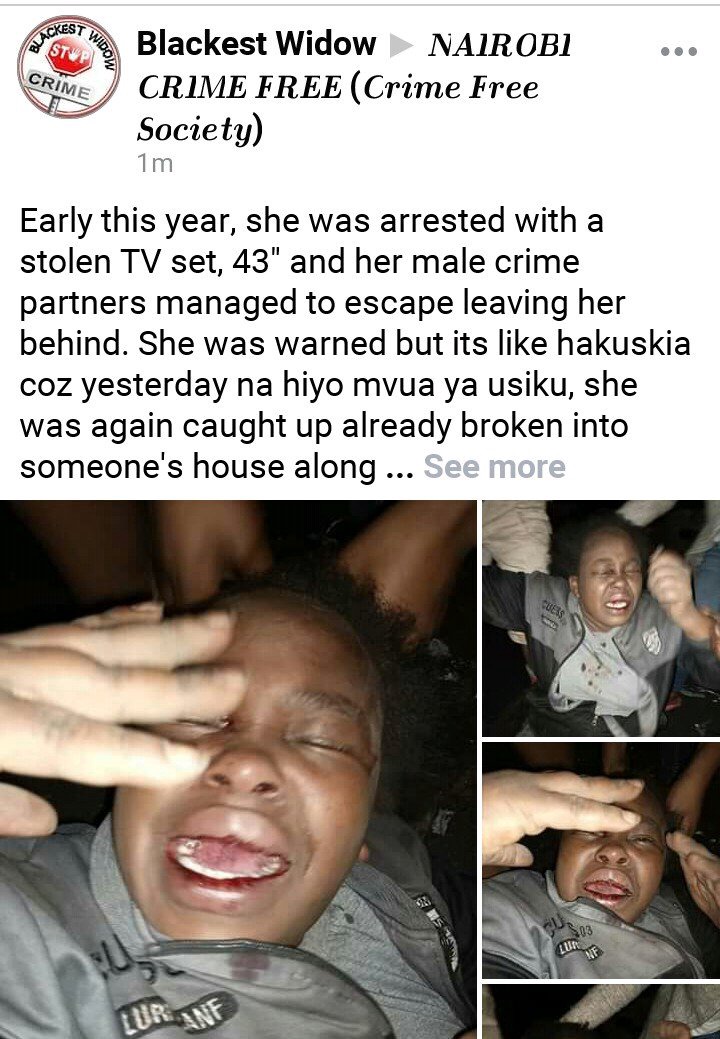 According to the source the lady was in company of another notorious male partner thief who managed to escape from the jaws of angry mob.

Source revealed that the lady was once age in nabbed stealing items from the same area and was warned by residents who gave her another chance to change from crime but still she continued with crime.

She was confronted with beatings until police officers rescued her, she was taken to a nearby police station with the television serving as an evidence. Police officers in the area have launched a manhunt to her partner who escaped with several stolen items.

Content created and supplied by Latest22.Opera News is a free to use platform and the views and opinions expressed herein are solely those of the author and do not represent, reflect or express the views of Opera News. Any/all written content and images displayed are provided by the blogger/author, appear herein as submitted by the blogger/author and are unedited by Opera News. Opera News does not consent to nor does it condone the posting of any content that violates the rights (including the copyrights) of any third party, nor content that may malign, inter alia, any religion, ethnic group, organization, gender, company, or individual. Opera News furthermore does not condone the use of our platform for the purposes encouraging/endorsing hate speech, violation of human rights and/or utterances of a defamatory nature. If the content contained herein violates any of your rights, including those of copyright, and/or violates any the above mentioned factors, you are requested to immediately notify us using via the following email address [email protected] and/or report the article using the available reporting functionality built into our Platform. Read more>>