Teachers Employed Before 2017, Read This Before Smiling All The Way To The Bank. 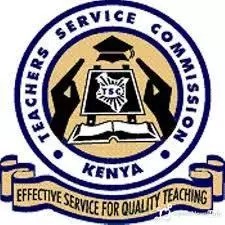 A number of primary school teachers who have been in job group B5 for three years are set to reap big from the last phase of CBA which TSC has strongly indicated that will be implemented. These teachers who are on career progression guidelines (CPG)will be moved to the the next job group and that is C1 which comes with a lot of benefits.

Another category of teachers in Secondary Schools who have been in job group K for three years are set to join the L bandwagon which comes with some benefits as well. B5 to C1 and K or C2 To L or C3 are common cadre promotion job groups.

Now here are some 5 things you need to take into consideration before that increment.

1 Linear income is good but passive one is better. A salary can't make one financially independent but investment.This analogy captures it better. One man used his energy to built a water pipe to his home when he was energetic. When he became old and weak, he continued drinking the free flowing water with ease-that is passive income. Compare that with another one who just relied on his energy to fetch water using a bucket all his hey days. When he became old and weak, he died of thirst.

2 You may stagnate in the next job group for very many years. If you will join C3 for example, you are going to find your teachers who taught you in high school earning the same salary like you. Be open as well to the possibility of staying in that job group until the form ones you are teaching now find you there, this isn't news. 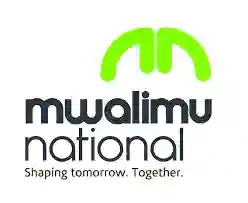 3 Be wary of SACCO loans. SACCOs can make or break depending on how one behaves around a number of loan products they offer. Learning that teachers have had a salary increment, they will encourage you to apply for more loans arguing that your payslip is strong enough to support repayment. Before long, your incremental benefits will be wiped out. Hope you are aware that some SACCOs don't care about the a third rule and therefore even if you end up earning less than ksh 1000 that's none of their business.

4 Avoid shylocks like a plague. The mashrooming lenders whose names I don't want to mention will be on your neck soon too. They know all your details but don't ask me where they found them. You will receive a number of calls and messages from them requesting for a meeting don't oblige. A number of their loan products are priced at 10% per month meaning you will be coughing a wooping 120% per annum. To avoid also are some back street insurance companies who promise heaven but deliver hell.

5 Avoid guaranteeing loans for colleagues you don't know. You enter into a SACCO'S front office and you find this fellow who only needs one signature to secure a loan facility. Sign that form at your own risk. However, even among those that you know, we have crafty ones who take loans and desert duties leaving you with the burden of servicing, don't make a mistake.

The peanuts from TSC are just a stepping stone, use that to launch projects that can guarantee stable income long after you've retired. Share your thoughts and comments on this

Content created and supplied by @Okeyo.Opera News is a free to use platform and the views and opinions expressed herein are solely those of the author and do not represent, reflect or express the views of Opera News. Any/all written content and images displayed are provided by the blogger/author, appear herein as submitted by the blogger/author and are unedited by Opera News. Opera News does not consent to nor does it condone the posting of any content that violates the rights (including the copyrights) of any third party, nor content that may malign, inter alia, any religion, ethnic group, organization, gender, company, or individual. Opera News furthermore does not condone the use of our platform for the purposes encouraging/endorsing hate speech, violation of human rights and/or utterances of a defamatory nature. If the content contained herein violates any of your rights, including those of copyright, and/or violates any the above mentioned factors, you are requested to immediately notify us using via the following email address [email protected] and/or report the article using the available reporting functionality built into our Platform. Read more>>