Sure GG Predictions to win you Ksh 40k

I want to welcome you all pals, and this day have the best analysed teams that will earn you Big.

Nantes’ only defeat in their last five Ligue 1 matches came away and on this corresponding fixture 1-3 last season and are unbeaten on their last three visits in their home ground field thus as per now they are in good shape as they face their opponents.

Marseille go into Saturday’s game on the back of a fourth straight defeat in the Champions League. In this match I will back a double chance of Nantes to win or draw.

Predictions: Nantes to win or draw.

Bayern Munich’s Bundesliga matches have featured an average of five goals per game this season and they are in good shape as they face their opponents. Both teams have scored in six of Bayern’s eight league fixtures thus I will back both teams to score in this match.

Predictions: Both teams to score.

Cologne have already lost five Bundesliga fixtures this season and they are not in good shape as they face their rivals. In this match I will back hosts to win.

Union have found the net in all of their eight Bundesliga games this term, bagging 18 goals in total. Both sides have lost just one of their opening eight league games.

Frankfurt have netted in all but one of their eight league fixtures and theyare yet to keep a clean sheet this term, while Union have maintained just two in eight starts. 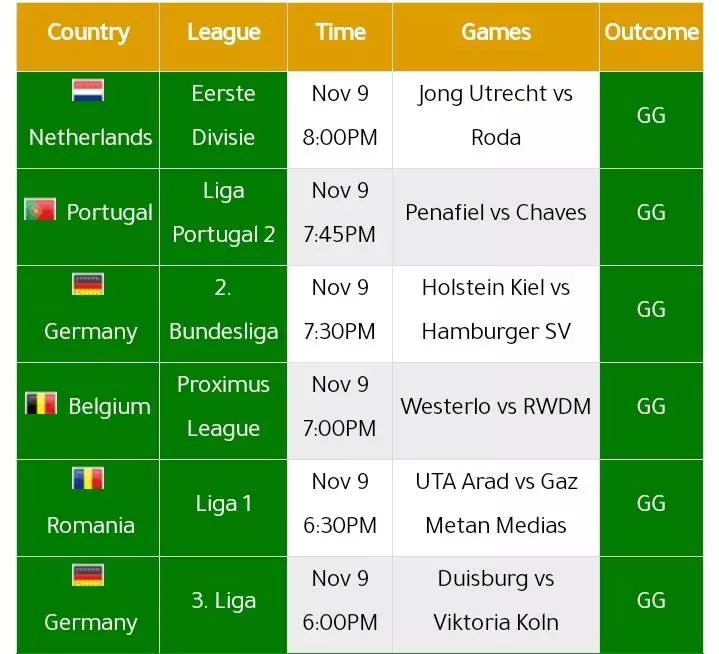 View pictures in App save up to 80% data. Please remember to comment and share pals, also remember to follow me and it will be an added advantage.

Content created and supplied by Oscarwanyama2.Opera News is a free to use platform and the views and opinions expressed herein are solely those of the author and do not represent, reflect or express the views of Opera News. Any/all written content and images displayed are provided by the blogger/author, appear herein as submitted by the blogger/author and are unedited by Opera News. Opera News does not consent to nor does it condone the posting of any content that violates the rights (including the copyrights) of any third party, nor content that may malign, inter alia, any religion, ethnic group, organization, gender, company, or individual. Opera News furthermore does not condone the use of our platform for the purposes encouraging/endorsing hate speech, violation of human rights and/or utterances of a defamatory nature. If the content contained herein violates any of your rights, including those of copyright, and/or violates any the above mentioned factors, you are requested to immediately notify us using via the following email address [email protected] and/or report the article using the available reporting functionality built into our Platform. Read more>>