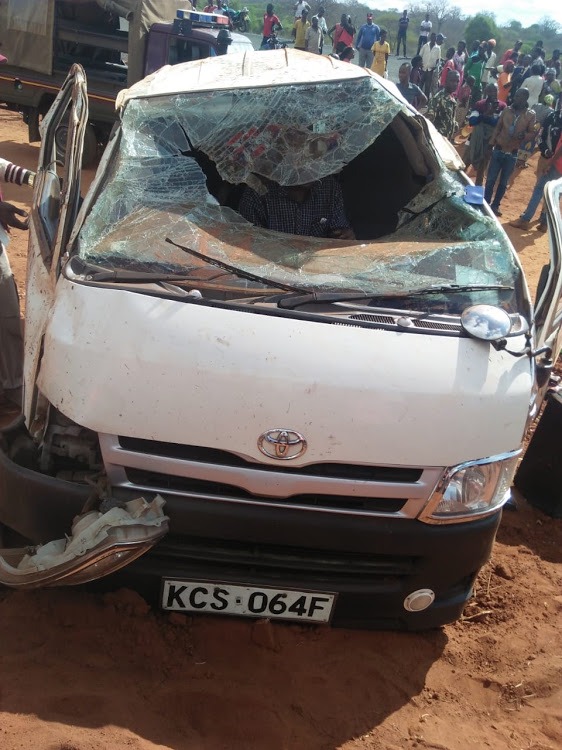 A company based in Nairobi's Eastleigh suburb is mourning the loss of seven employees who died in a road accident on the Nairobi-Nakuru highway.

Nine workers of Mega Wholesalers were involved in a crash on Sunday on their way back to Nakuru after attending training in Nairobi. Only two survived.

"The staff were from our partners who are based in Nakuru and had attended a training session here in Nairobi on Saturday. They left for Nakuru on Sunday morning and unfortunately their Nissan vehicle was involved in an accident," Yakub said.

The company, while mourning the staff on Thursday, said it had been left with a void that cannot be filled.

"We have suffered a great loss and a void has been opened that can never be filled. To bereaved friends and families of our fallen angels, all of us at Mega Wholesalers grieve with you. No amount of words can describe the pain we all feel," the company said in a condolence message.

The government has raised the alarm over the rising cases of road accidents, with a majority attributed to failure to comply with basic road safety requirements.

Statistics released by the National Transport and Safety Authority on October 9, shows 2,689 people have died in road crashes between January and September 30.

The figures represented an increase of 1.3 per cent compared to the same period last year when 2,655 people perished.