See Why Hotels Put Metal In Sufuria When Boiling Meat 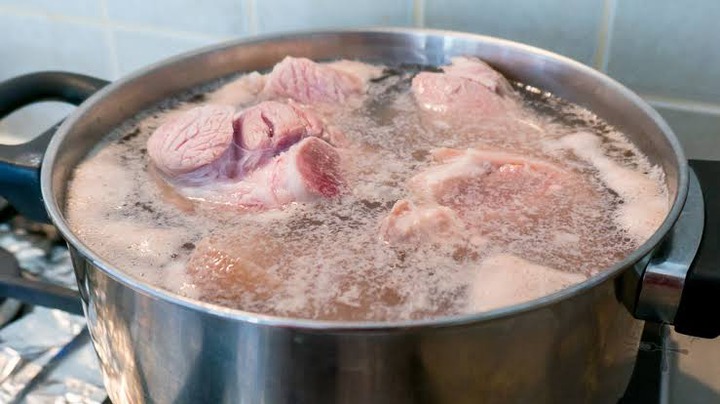 View pictures in App save up to 80% data. Due to the increasing population many people have decided to engage themselves in hotel industry. This is because everybody has to eat food when they are in a journey, in work or for their own leisure.

Again food is one of the basic needs hence when you start your hotel you are very sure that people will come in your hotel and they will eat food from it.

Many people like meat and that's why you'll find many hotels in the world have meat in their menu. Problem with meat it is during the time of boiling it. it has been giving people a hard time because of boiling over.

So this has made people to find other ways to stop overflowing of the soup. One of the method they use to stop the overflow of the soup is putting a spoon metal inside the sufuria when it is boiling.

This helps the meat not to lose more soup which is very irritative because sometimes it can even dirtify the floor. So my people if you want to stop the boiling over just put the spoon in sufuria while you are boiling the meat it will not overflow. 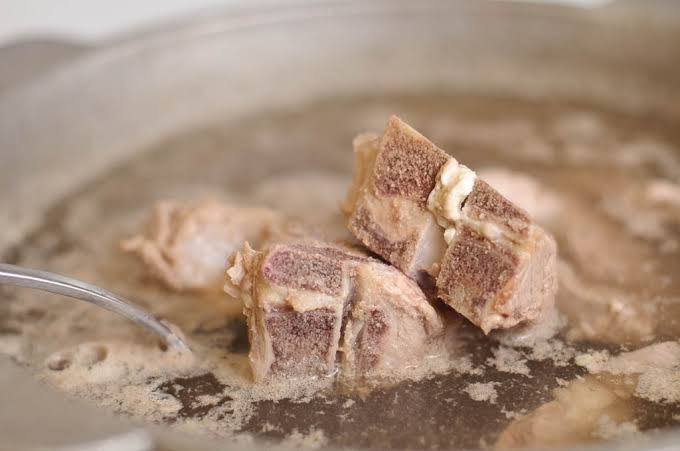 You can also use a wooden spoon to stop the boiling over. This method was used by our grandfathers because there were no metals those times. But it is still used in nowadays to stop boil over whereby it works perfectly.

What is needed is only to put it on top of the boiling meat and it will not overflow. So that's why you will see some hotels they place the wood on top of sufuria which is boiling meat.

Content created and supplied by Abduseller.Opera News is a free to use platform and the views and opinions expressed herein are solely those of the author and do not represent, reflect or express the views of Opera News. Any/all written content and images displayed are provided by the blogger/author, appear herein as submitted by the blogger/author and are unedited by Opera News. Opera News does not consent to nor does it condone the posting of any content that violates the rights (including the copyrights) of any third party, nor content that may malign, inter alia, any religion, ethnic group, organization, gender, company, or individual. Opera News furthermore does not condone the use of our platform for the purposes encouraging/endorsing hate speech, violation of human rights and/or utterances of a defamatory nature. If the content contained herein violates any of your rights, including those of copyright, and/or violates any the above mentioned factors, you are requested to immediately notify us using via the following email address [email protected] and/or report the article using the available reporting functionality built into our Platform. Read more>>