Will wonder ever end? No, not anytime soon. Infact wonders shall NEVER end.

Kenyans has proved to be supper keen and observant but only to matters of their own interest. is it only in Kenya where people can miss to listen to the information being addressed to them but concentrate on the looks of the addresser, shape, dress code and many more minor things? 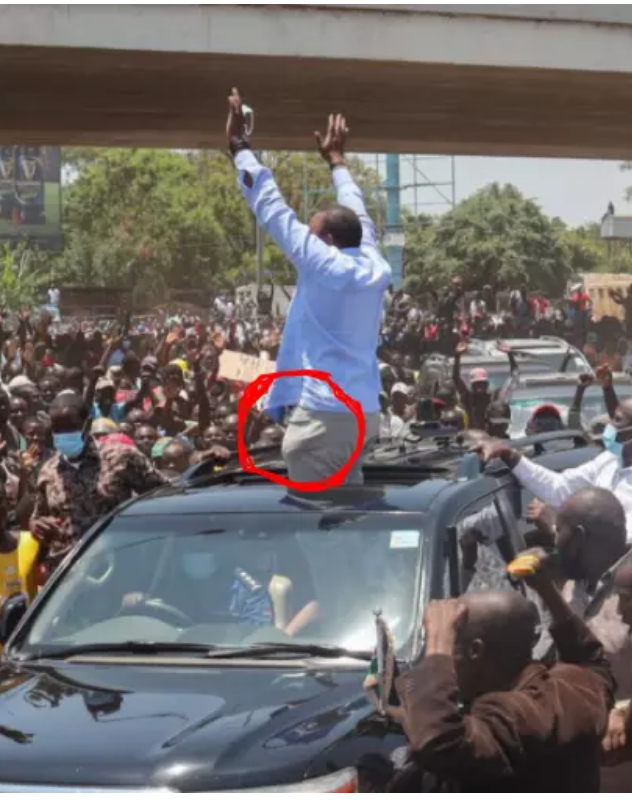 View pictures in App save up to 80% data. On the 20th of October this year, President Uhuru made his way to Kissi for the celebration of Mashujaa day, which was formally known as Kenyatta Day. After gracing the even remained in the county and on 21st, he together with Orange Democratic Movement Party leader Raila Odinga received the much awaited Building Bridges Initiative (BBI) Report presented to them by Senator Yussuf Haji. 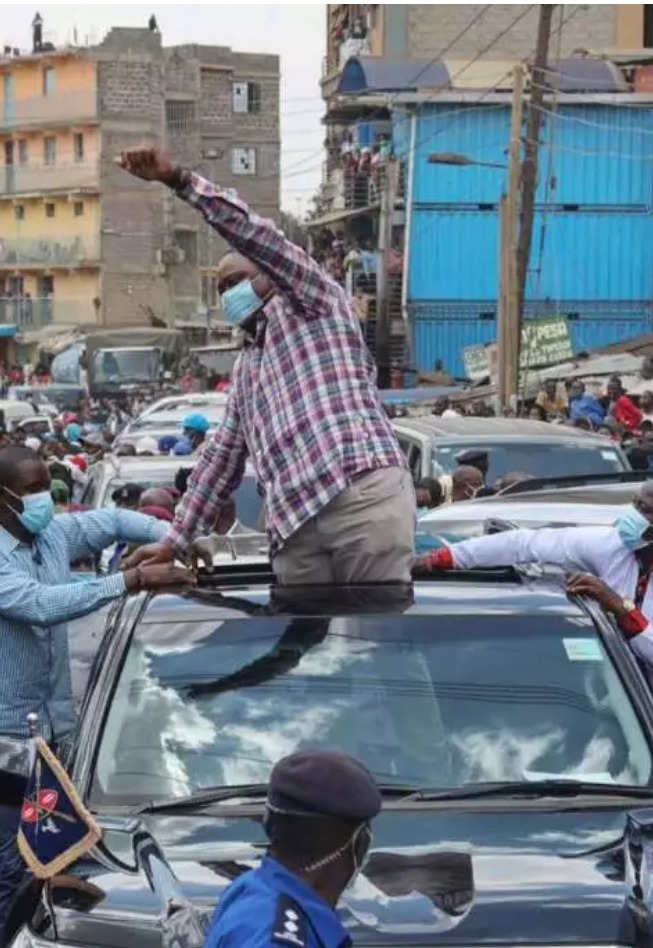 View pictures in App save up to 80% data. The two then made their way to Kisumu where they were welcomed by a very large crowd who they latter addressed. Today ,the president is touring Kamukunji.

As people were happy and eager to hear from the president during all the tours he has had, others were busy zooming in to see how he was dressed and what else he had and now the internet if set on blaze.

Daniel Ndambuki aka Churchill seem to have closely zoomed and saw something strange which he took to his twitter handle to ask what it was. 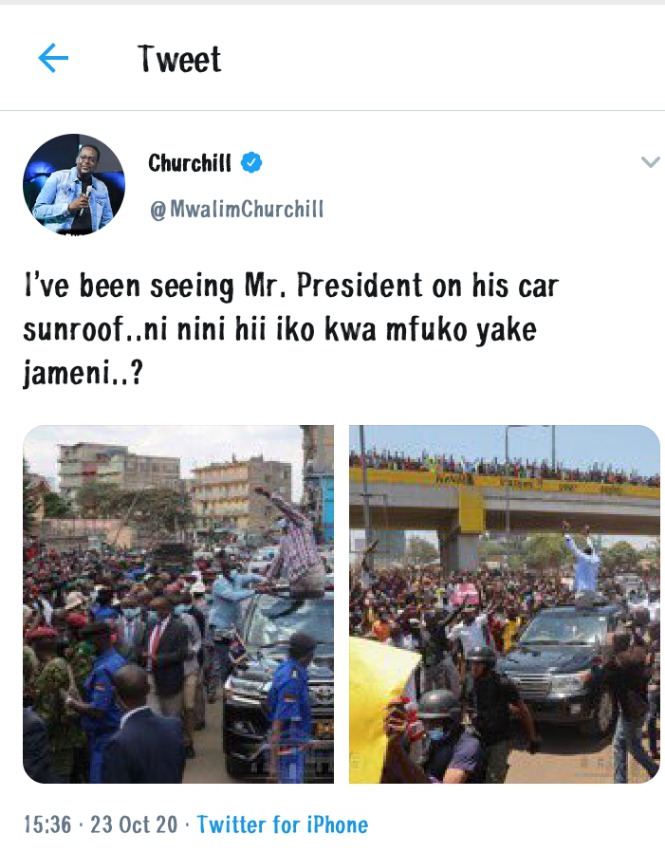 Content created and supplied by Veedee.Opera News is a free to use platform and the views and opinions expressed herein are solely those of the author and do not represent, reflect or express the views of Opera News. Any/all written content and images displayed are provided by the blogger/author, appear herein as submitted by the blogger/author and are unedited by Opera News. Opera News does not consent to nor does it condone the posting of any content that violates the rights (including the copyrights) of any third party, nor content that may malign, inter alia, any religion, ethnic group, organization, gender, company, or individual. Opera News furthermore does not condone the use of our platform for the purposes encouraging/endorsing hate speech, violation of human rights and/or utterances of a defamatory nature. If the content contained herein violates any of your rights, including those of copyright, and/or violates any the above mentioned factors, you are requested to immediately notify us using via the following email address [email protected] and/or report the article using the available reporting functionality built into our Platform. Read more>>