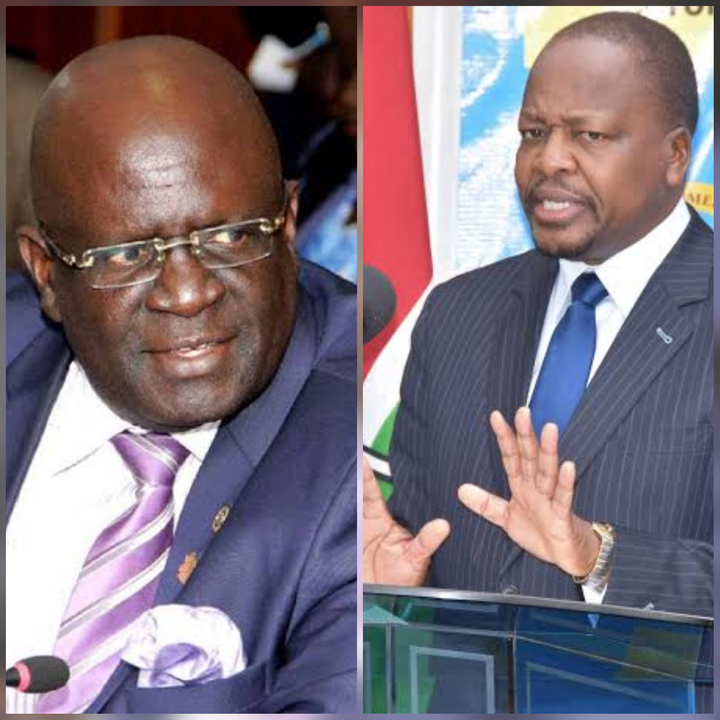 Barely 10 days after schools reopened on Monday October 12th for grade four, class eight and form four students, they have started to close again. Latest reports have shown that two schools in Mombasa county have been closed and all students send back home after several teachers tested positive for corona virus disease. Sharing on his Facebook page Radio Maisha presenter Billy Miya revealed that Tononoka school and Star of the sea high school have been shut down. 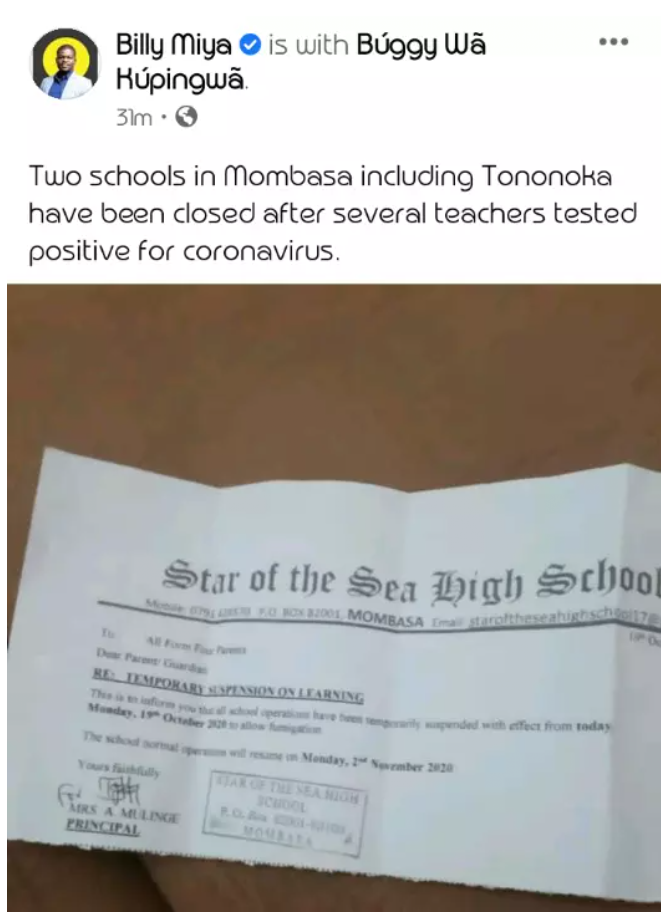 Billy also shared a note from the Star of the sea high school in Mombasa which informed parents and learners of suspension of learning to pave room for fumigation of the school.

"This is to inform you that all school operations have been temporarily suspended with effect from today Monday, 19 October 2020 to allow fumigation" read part of the note allegedly from Star of the sea high school.

This comes at a time when Daily Nation had reported that two students in Nandi county had tested positive for covid-19 disease. The daily noted that the two had been taken to isolation centers where they are being treated and monitored. Daily Nation further reported that Nandi county health teams are now on full alert and surveillance had been heightened to prevent an outbreak from occurring in that school.

A few days ago, the Standard reported that a female Student at Mawego Technical training institute in Homa Bay county had tested positive for covid-19 disease. The student developed covid-19-like symptoms upon return to school. The principal suspected her, isolated her and called in the county emergency response team which responded in time, took the sample and send it to KEMRI Kisumu CDC center where it turned out positive. She was transferred to the isolation facility as well for management. 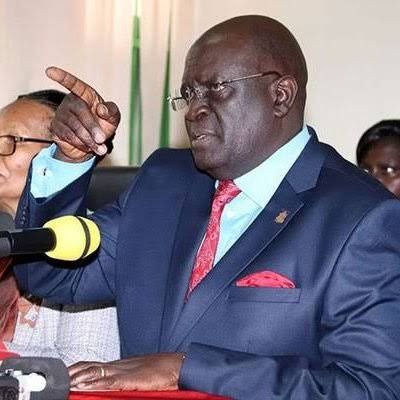 The increasing incidents of covid-19 in schools now complicates the much anticipated reopening of schools for all remaining classes. The Kenya National Parents Association has drafted a petition seeking to compel Education cabinet secretary prof George Magoha to shut down schools if such cases continue to rise. Due to poor preparedness by many schools to handle this disease, most schools reporting positive cases will have no choice but close the school for a while. Eventually, Magoha might be cornered into shutting down all schools if the situation worsens.

Content created and supplied by BrightonM.Opera News is a free to use platform and the views and opinions expressed herein are solely those of the author and do not represent, reflect or express the views of Opera News. Any/all written content and images displayed are provided by the blogger/author, appear herein as submitted by the blogger/author and are unedited by Opera News. Opera News does not consent to nor does it condone the posting of any content that violates the rights (including the copyrights) of any third party, nor content that may malign, inter alia, any religion, ethnic group, organization, gender, company, or individual. Opera News furthermore does not condone the use of our platform for the purposes encouraging/endorsing hate speech, violation of human rights and/or utterances of a defamatory nature. If the content contained herein violates any of your rights, including those of copyright, and/or violates any the above mentioned factors, you are requested to immediately notify us using via the following email address [email protected] and/or report the article using the available reporting functionality built into our Platform. Read more>>