Sad News To Kenyans with Corona Virus After This Latest Announcement 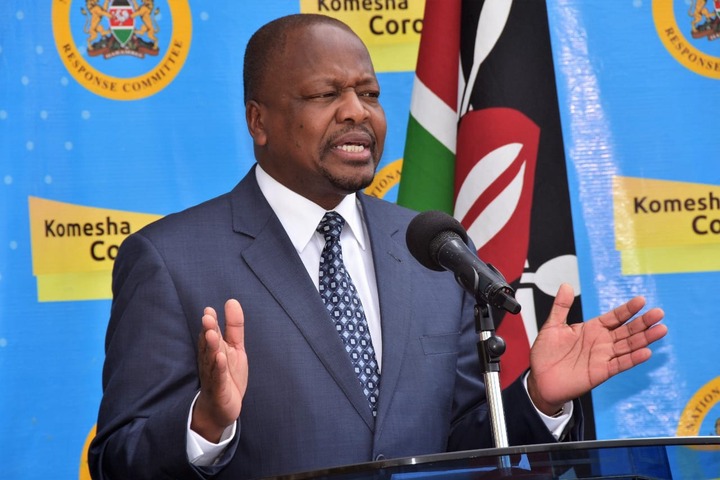 View pictures in App save up to 80% data. It is close to mine months since reporting of first case in the country. The outbreak of the novel Corona Virus has posed anumber of threats to the whole world.

Starting from the economic sector that has seen very many companies and factories closed. This has led to very many people to lose jobs thus exposing them to vulnerability.

The education sector is too one of the sector that forced all learning institutions to close for about seven months. This was as per the ministry of health's containment measures to curb the spread of the Virus.One of which was to ensure social distance,wearing of masks and most importantly to wait till the ministry of health flattens the curve.

Few weeks down the line Corona virus has been lowering down;the ministry of health reported that the curve was flattening. This brought hope to Kenyans as it proved how the country was able to manage the most dreadful virus that had defeated superior countries.

What Kenyans didn't know is that the Second wave was awaiting them. In period of three weeks,the infection has risen in a steadfast living very many people hospitalised and others succumbing to the virus.

Today Kenya has hit 70000 positive cases,while 1129 fatality toll. The worst of all Kenya has so far lost 30 medical practitioners who died on the duty trying to save human lives.

This has raised concerns from both KMPDU and KUCO.KMPDU has issued a 21 day strike notice if demands are not met. Failure to which they will down their tools after the notice expires on 6th December, 2020. Some their demands are, PPEs, Comprehensive health cover and Compensation. . They also want dedicated hospitals for healthcare workers. KUCO has claimed to have lost 4 members, 637 others infected With this in mind Kenyans should be worried about the looming Nationwide strike by the Medics, as this will worsen the situation. Hence exposing majority of Kenyans to the disease.

Content created and supplied by Benadhizo.Opera News is a free to use platform and the views and opinions expressed herein are solely those of the author and do not represent, reflect or express the views of Opera News. Any/all written content and images displayed are provided by the blogger/author, appear herein as submitted by the blogger/author and are unedited by Opera News. Opera News does not consent to nor does it condone the posting of any content that violates the rights (including the copyrights) of any third party, nor content that may malign, inter alia, any religion, ethnic group, organization, gender, company, or individual. Opera News furthermore does not condone the use of our platform for the purposes encouraging/endorsing hate speech, violation of human rights and/or utterances of a defamatory nature. If the content contained herein violates any of your rights, including those of copyright, and/or violates any the above mentioned factors, you are requested to immediately notify us using via the following email address [email protected] and/or report the article using the available reporting functionality built into our Platform. Read more>>